Struggling to look to binge-watch on Netflix this December? Welcome to your comprehensive look ahead of everything coming to Netflix in December 2022.

In the follow up to Rian Johnson’s Knives Out, Detective Benoit Blanc travels to Greece to peel back the layers of a mystery involving a new cast of colorful suspects.

Thieves overtake the mint of a unified Korea. With hostages trapped inside, the police must stop them — as well as the shadowy mastermind behind it all.

A year after moving to Paris for her dream job, Emily arrives at a career and romantic crossroads that will force her to decide where her future lies.

The games are deadlier, this world more wild and cruel; but will Arisu ever make it back to the real world — and will it be worth everything he’s lost?

An extraordinary girl with a sharp mind and a vivid imagination takes a daring stand to change her story — with miraculous results. Meet Matilda.

On a cold Christmas Eve, selfish miser Ebenezer Scrooge has one night left to face his past — and change the future — before time runs out.

When a guardian angel finds a dejected George Bailey poised to jump off a bridge, he shows George what life would’ve been like had he never been born.

A work-obsessed doctor sets out to prove to her ex that she has Christmas spirit. Here to help with the holiday checklist? An angelic barista, of course!

Stressed-out moms Amy, Carla and Kiki are back, and the looming Christmas holiday gets even more daunting when their mothers show up for a visit.

Stressed-out moms Amy, Carla and Kiki are back, and the looming Christmas holiday gets even more daunting when their mothers show up for a visit. 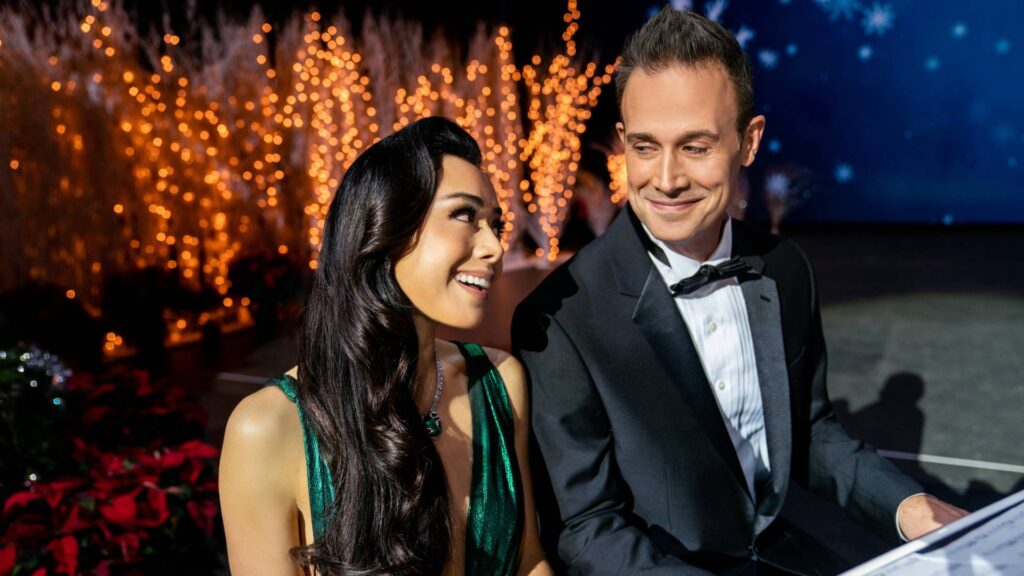 After five happy months dating Tom, Lisa’s horrified to learn he’s obsessed with her least favorite holiday. Is it time to give Christmas another chance?

Senior Detective Terry Seattle (Will Arnett) is back and this time, the case is critical.  Along with his two celebrity guest stars, Jason Bateman and Maya Rudolph, he is on a mission to figure out…who killed Santa? But here’s the catch: Jason Bateman and Maya Rudolph aren’t being given the script. They have no idea what’s about to happen to them. Together, with Terry Seattle (and many surprises), they will have to improvise their way through the case… but it will be up to both of them to name the killer.  Based off the BAFTA award winning BBC3 series Murder in Successville by Tiger Aspect Productions and Shiny Button Productions.

WE CAN BE HEROES

A rookie lawyer at the CIA stumbles headlong into the dangerous world of international espionage when a former asset threatens to expose agency secrets.

When a meteor carrying a destructive plant strikes the world, a suicide squad is given hours to save their post-apocalyptic city from total collapse.

In a dystopian world, as an epidemic spreads through verbal communication, a tyrannical institution pursues a linguist immune to the disease.

Living under an alias, a former police informant is summoned to infiltrate a major drug empire but uncovers a dangerous connection to his dark past.

Jolyne’s troubles have only multiplied, but her mission is clear; do everything she can to stop Father Pucchi’s plan from succeeding.

Gudetama, the lazy egg, reluctantly embarks on an adventure of a lifetime with Shakipiyo, a newly hatched chick, who is determined to find their mother.

When sinister forces threaten the peace of Brittania, a young prince embarks on a perilous journey to save his loved ones and discover his true powers.

FUN FOR THE FAMILY

Christmas Eve takes a twisty turn when the Boss Baby accidentally swaps places with one of Santa’s elves and gets stranded at the North Pole.

When an explosive battle with Dr. Eggman shatters the universe, Sonic races through parallel dimensions to reconnect with his friends and save the world.

In a cozy little neighborhood coffee shop, a group of fun-loving friends get together — and get up to all kinds of adventures.

Unhappily married aristocrat Lady Chatterley begins a torrid affair — and falls deeply in love — with the gamekeeper on her husband’s country estate.

Uk becomes a hunter of the soul-swapped, when a young woman, a prisoner in her own home, seeks his help to reclaim her freedom.

More than a thousand years before the world of The Witcher, seven outcasts in the elven world unite in a blood quest against an unstoppable power.

An MI6 agent’s bright future takes a sharp turn after a reunion with a Russian spy forces him to question his entire life.

At once hilarious and horrifying, lyrical and absurd, ordinary and apocalyptic, “White Noise” dramatizes a contemporary American family’s attempts to deal with the mundane conflicts of everyday life while grappling with the universal mysteries of love, death, and the possibility of happiness in an uncertain world. Based on the book by Don DeLillo, written for the screen and directed by Noah Baumbach.