What can you watch this October on Netflix? The network has just announced two new movies to watch out for that has a combined star power of Adam Sandler, Armie Hammer, Lily James, Kristin Scott Thomas, Kevin James, Maya Rudolph, and more.

Get ready as the group led by Adam Sandler prepares to give you unforgettable tricks and treats in this fun Halloween film, Hubie Halloween, coming on the 7th of October on Netflix. 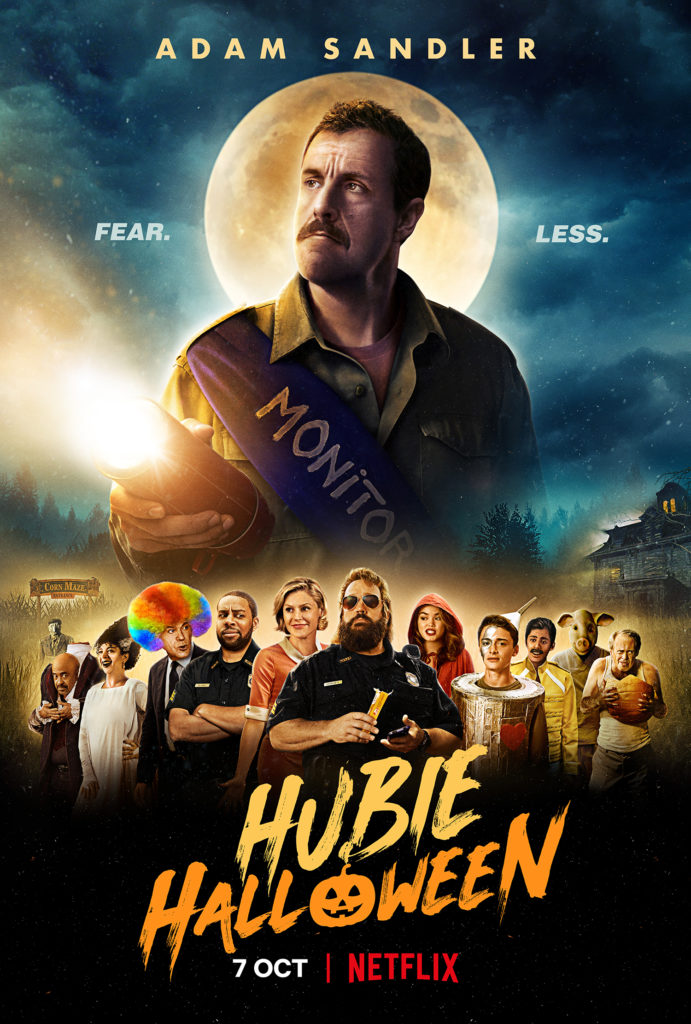 Hubie Dubois (Adam Sandler) thanklessly spends every Halloween making sure the residents of his hometown, Salem, celebrate safely and play by the rules. But this year, an escaped criminal and a mysterious new neighbor have Hubie on high alert.

When people start disappearing, it’s up to Hubie to convince the police (Kevin James, Kenan Thompson) and townsfolk that the monsters are real, and only he can stop them. Hubie Halloween is a hilarious family film about an unlikely hero with an all-star cast including Julie Bowen, Ray Liotta, Noah Schnapp, Steve Buscemi and Maya Rudolph, produced by Happy Madison.

Another exciting movie to watch out for this October on Netflix is this suspense-thriller movie adaptation, Rebecca, starring Armie Hammer and Lily James.

Naive and inexperienced, she begins to settle into the trappings of her new life, but finds herself battling the shadow of Maxim’s first wife, the elegant and urbane Rebecca, whose haunting legacy is kept alive by Manderley’s sinister housekeeper Mrs. Danvers (Kristin Scott Thomas). Directed by Ben Wheatley (High Rise, Free Fire) and produced by Working Title Films (Emma, Darkest Hour), REBECCA is a mesmerising and gorgeously rendered psychological thriller based on Daphne du Maurier’s beloved 1938 gothic novel.

It’s definitely going to be a fun and exciting October on Netflix with these two additions to the already impressive line up of shows to watch.