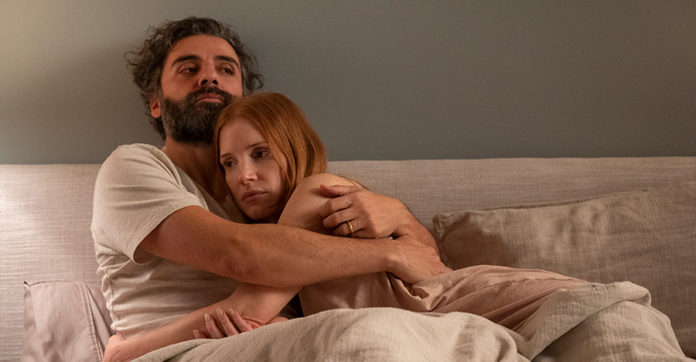 From Hagai Levi (HBO’s “In Treatment” and “Our Boys,” “The Affair”), HBO’s five-part limited series Scenes From A Marriage will debut same time as the U.S. on Monday, September 13 at 9am exclusively on HBO GO and HBO, with a same day encore at 10pm on HBO. New episodes will premiere every Monday at the same time. This modern adaptation of Ingmar Bergman’s classic Swedish series stars Oscar Isaac (HBO’s “Show Me a Hero”) and Jessica Chastain (Academy Award® nominee for “Zero Dark Thirty”).

A captivating re-examination of the dilemmas probed by the original, the five-episode limited series explores love, hatred, desire, monogamy, marriage, and divorce through the lens of a contemporary American couple. Mira (Jessica Chastain) is a confident, ambitious tech executive left unfulfilled by her marriage, and Jonathan (Oscar Isaac) is a cerebral and accommodating philosophy professor desperate to keep their relationship intact.

Throughout, Scenes From A Marriage mines the full complexity of Jonathan and Mira as individuals who ultimately know their marriage isn’t being torn apart by any one event or flaw, resulting in a radically honest series that allows the audience to eavesdrop on private conversations between two people torn between feelings of hate and love.

Episode 1 “Innocence and Panic”
Debut Date: Monday, September 13 at 9am on HBO GO and HBO
After a tense day of reflection and disclosure, Mira and her husband Jonathan navigate the consequences of unexpected news. Teleplay by Hagai Levi and Amy Herzog and Directed by Hagai Levi.

Episode 2 “Poli”
Debut Date: Monday, September 20 at 9am on HBO GO and HBO
When Mira returns from a business trip with a crushing revelation, she and Jonathan struggle to process the complicated aftershock. Teleplay by and Directed by Hagai Levi.

Episode 3 “The Vale of Tears”
Debut Date: Monday, September 27 at 9am on HBO GO and HBO
Jonathan and Mira share all that they’ve learned since separating, rekindling old connections at the risk of exacerbating dormant wounds. Teleplay by and Directed by Hagai Levi.

Episode 4 “The Illiterates”
Debut Date: Monday, October 4 at 9am on HBO GO and HBO
Jonathan and Mira reconvene, exploring the root of their connection but ultimately finding the source of their animalistic impulses. Teleplay by and Directed by Hagai Levi.

Episode 5 “In the Middle of the Night, in a Dark House, Somewhere in the World”
Debut Date: Monday, October 11 at 9am on HBO GO and HBO
Synopsis for Episode 5 is forthcoming. Teleplay by Hagai Levi and Amy Herzog and Directed by Hagai Levi.

Stream or download Scenes From A Marriage on HBO GO. Download the app at App Store or Play Store and get a free trial. Access HBO GO at https://www.hbogoasia.sg/. HBO GO is available on Android TV, Apple TV, LG TV and Samsung Smart TV – and comes with AirPlay and Google Cast functionality.