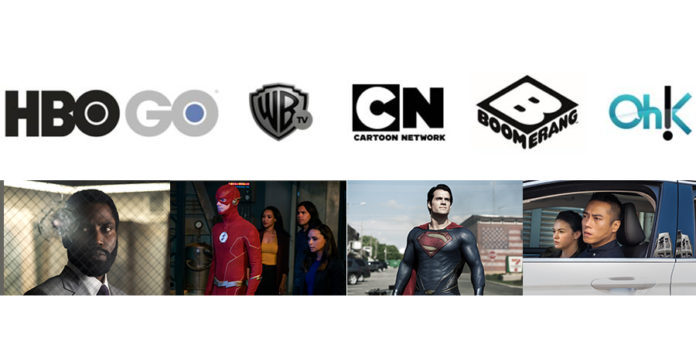 CHECK OUT THE BEST TV & STREAMING HIGHLIGHTS THIS JUNE

We’re half-way through the year and there’s plenty of new shows and films to enjoy at home. Across WarnerMedia’s channels there’s truly something for the whole family. Hollywood blockbusters, originals, cartoons, Korean dramas…you name it. We’ve divided them up into four buckets just for you: Good vs Evil (and the In-Between), Young and Fearless, Workplace Wars and DC Mania. (And don’t forget Friends: The Reunion special premieres on May 27. If you miss it, you can stream it anytime in June on HBO GO.)

Good vs Evil (and the In-Between)

Police drama unfurls as a cold case resurfaces in the latest HBO Asia Original series Trinity of Shadows, while Tenet, Christopher Nolan’s original sci-fi action spectacle, turns the concept of time inside out. For non-stop action, wrap up the month with the psychologically thrilling You Should Have Left.

Young female skateboarders demonstrate resilience in the HBO Original series Betty as it returns for a second season. To rediscover the bonds and relationships that form in adversity, don’t miss the HBO Max Original animated special Adventure Time: Distant Lands – Together Again and dark comedy Spontaneous.

Witness the challenges of middle-aged workers struggling to cope with the changing times in On the Verge of Insanity, and how an overworked and under-appreciated personal assistant gets the chance of a lifetime in The High Note.

Get ready for more DC superhero action this month with the premiere of The Flash season 1 to 6 and both seasons of Krypton on HBO GO. Meanwhile, don’t forget to mark your calendars as 12 June – Superman Day, approaches! For this month of June, celebrate the Man of Steel’s legacy with his many features available on HBO GO and Warner TV.

For all these titles and more, download the HBO GO app now at the App Store or Play Store and get a free trial to experience a vast selection of television series, movies and HBO Originals, from action and adventure to comedies, documentaries and critically-acclaimed productions. Can’t decide what to watch? Just try the “I’m feeling random” feature to discover something new!

You can also access HBO GO at http://www.hbogoasia.com/. HBO GO is available on AndriodTV, Apple TV, LG TV and Samsung Smart TV – and comes with AirPlay and Google Cast functionality.