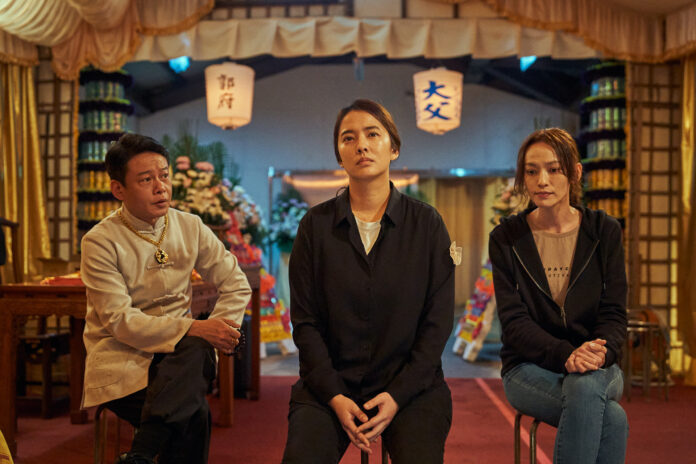 Twisted Strings follows a series of bizarre deaths in the fictional Taiping City over seven separate stories across parallel time and space. While each story can be viewed independently, it intersects with others in unobvious ways. A funeral, a missing body, a dangerous game, a kidnapping; real and unreal, these incidents are woven in Wu Yuenu’s memories, converging in the mysterious Sailing Castle, where the boundary between fiction and reality is blurred. At the end of the seventh episode, all the clues will come together to reveal the whole story.

The name of the series is inspired by a popular Taiwanese nursery rhyme, which contains lyrics that tell the story of a monkey’s life over seven days. Each episode is loosely based on a line from the song.

Award-winning actress, director and screenplay writer Sylvia Chang (Love Education, 20 30 40) plays Wu Yuenu, the constant linking together the series. Chang said, “This series is full of surprises and humanity, viewers will definitely love it.” Apart from Chang, most key actors such as Lee Kang-sheng, Nikki Hsieh and Hsueh Shih-ling play more than one role across the different episodes.

Conceptualized and written over three years by Golden Horse-nominated director Huang Xi, Twisted Strings aims to see the humour of life and death. Hou who is executive producer of a series for the very first time said, “The Twisted Strings team includes staff I have worked with over the years in art direction, production and editing, as well as the actors. Matching them with director Huang Xi’s script and narrative technique will lead to a drama of unique style and presentation. In addition, our collaborative effort with international investors makes Twisted Strings a rarity among Taiwanese dramas.”

The anthology series also has an ensemble of award-winning cast and crew including Golden Horse-winning actor Lee Kang-sheng (Stray Dogs, Days). This is Lee’s first lead role in a series after having starred in films for the past 30 years. Additional star-studded line-up includes Nikki Hsieh (I Weirdo , Reflections), Yo Yang (Ex-boyfriend, Formula 17), Yao Yi-Ti (The Gangs, The Oscars and The Walking Dead) , Duan Chun-Hao (We Are Champions), Hsueh Shih-Ling (HBO Asia Original Series Workers, Born Into Loving Hands), Michael J.Q. Huang (Father to Son, Wake up), Tracy Chou (HBO Asia Original Series The World Between Us), David Wu (We Are Champions), Buffy Chen (The Silent Forest), Rima Zeidan (Missing Johnny), JC Lin (HBO Asia Original Series The World Between Us, A Day To Choose), Bai Runyin (Dear Tenant), as well as Romeo Tan (Soul Old Yet So Young) and Aileen Tan (Hello Ms Driver) from Singapore.

Presented by HBO Asia and CATCHPLAY, Twisted Strings is produced by CATCHPLAY’s SCREENWORKS ASIA, in partnership with Taiwan’s Bossdom and Singapore’s Mediacorp. 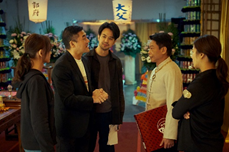 Lying behind the mourning hall, Guo Boxiang’s body is ready for the funeral. Perhaps to save his children the trouble or to reassure himself, he made all the arrangements before he died. His children only need to follow the funeral director’s instructions, but they dodge the responsibility and cut corners. The funeral director is the only one who makes sure that everything goes well. Eventually, Guo’s children seem satisfied but would the deceased rest in peace? Is this a perfect ending or the beginning of a series of strange incidents? 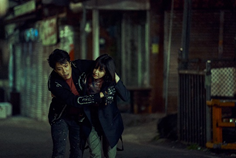 At Hong Yunlong’s father’s birthday party, he, his sister and several of their childhood friends are drinking together. When they decide to play the treasure hunt game they used to play, Hong Yunlong forces Wang Sijie, his friend’s girlfriend who he fancies, to team up with himself. While trying to find the items during the game, Hong and Wang run into a series of strange coincidences as if their hunt is jinxed. The last task brings them to the cemetery, where a brutal truth buried for years is unveiled…

Filipinos can watch Twisted Strings from March 27 on HBO and HBO GO. Stream or download other HBO Asia and CATCHPLAY Original Taiwan series such as the crime drama series Trinity of Shadows and the Golden Bell winning series The World Between Us on HBO GO and CATCHPLAY+. Subscribe to HBO GO online at www.hbogoasia.ph or the mobile app via the App Store or Play Store on your device for as low as ₱99.70/month. Or access HBO GO via Cignal, Globe and Skycable. HBO GO is also available on Android TV, Apple TV, LG TV and Samsung Smart TV – and comes with AirPlay and Google Cast functionality.

About CATCHPLAY and CATCHPLAY+

CATCHPLAY is an entertainment content and technology company whose businesses include content distribution, production and streaming service in the Asia Pacific. Its recent content endeavours include financing of Hollywood movies in addition to regional co-productions of films and drama series. CATCHPLAY+, the company’s streaming service offers premium user experience and leading content offering which includes blockbuster movies from Hollywood Studios, exclusive independent films and quality drama series from around the world. In 2020, the company established SCREENWORKS ASIA to produce premium original content targeting international markets. For further information, log on to www.catchplay.com.