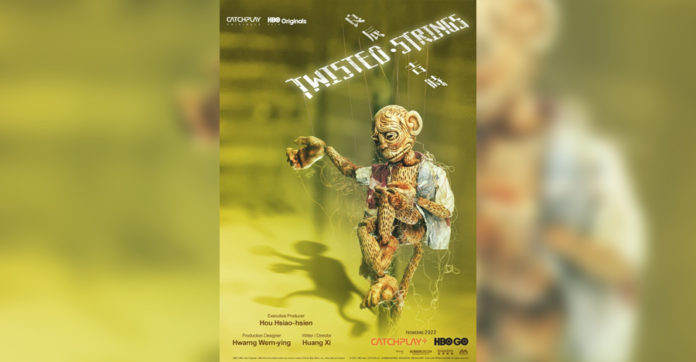 WarnerMedia and CATCHPLAY today announced Twisted Strings《良辰吉時》, an original drama from Taiwan. The seven-episode hour-long anthology series, executive produced by renowned filmmaker, Hou Hsiao-hsien, will co-premiere as an HBO Asia Original in early 2022 on WarnerMedia’s streaming service HBO GO and HBO in Asia, and as a CATCHPLAY Original on the CATCHPLAY+ streaming service in Taiwan and Indonesia. It will be available later via Mediacorp’s digital platform meWATCH in Singapore.

The series stars an ensemble award-winning cast and crew including Golden Horse-winning actor, Lee Kang-sheng. This is Lee’s first lead role in a series after having starred in films for the past 30 years. Lee, who won Best Actor at the 1994 Golden Horse Awards, 2013 Asia Pacific Film Festival, and the 2014 and 2020 Taipei Film Awards, said he was intrigued by the script’s unique humour and that the role was like nothing he had ever portrayed before.

Twisted Strings is written and directed by Golden Horse-nominated director, Huang Xi, who has worked with Hou on films including The Assassin (2015). Huang’s debut film Missing Johnny was awarded Best Screenplay at the 2017 Taipei Film Awards.