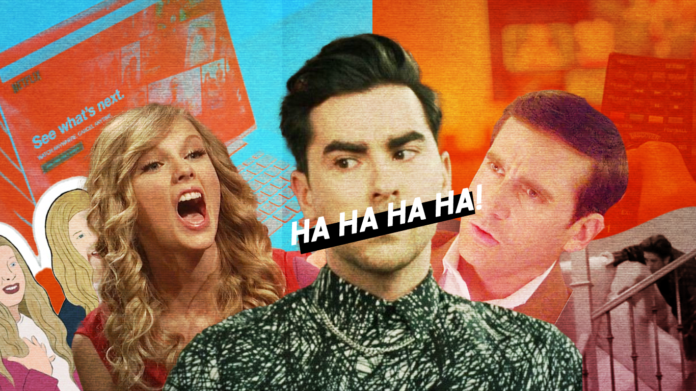 When you’re tired after a hard day’s work and want to unwind, there’s a big chance you’re in dire need of something funny— whether it’s a meme, a joke from a friend, or a funny watch. Everyone has their own go-to list of funny films and series and this is ours.

Rachel, Ross, Phoebe, Monica, Chandler, and Joey. This hilarious group was woven itself into popular culture, but more importantly, in the hearts of its viewers. The Friends series’ relevance in living rooms only seems to get stronger as time goes by. Indeed, there are a lot of scenes that have given us laughs, but there’s some favorites that standout in the list. The iconic “Pivot” scene has been replayed, replayed, and replayed and we can see why. Everyone can relate to moving furniture, which makes it so funny!

When you think Steve Carell, you can’t help but smile because of how funny the guy is. With a talent for comedy and wit so brilliant, he has made audiences feel happy for years with his movies and sketches.The Office, anyone? In Get Smart  with Anne Hathaway, he plays an analyst of an American secret intelligence agency, who dreams to become a field agent. Due to circumstances,  he is given a chance to to be one alongside Agent 99 (Hathaway), who reluctantly partners with him. Need a laugh today? Go watch.

We’ve seen all sorts of dance battles, most especially from movies like Step Up and Save the Last Dance franchises, but this is probably the funniest of them all.  Catch it in this laugh-out-loud movie starring Shawn Wayans and Marlon Wayans as two black FBI agents who go undercover as women to solve a kidnapping plot.

Movie on Apple TV and Netflix.

There was a time when Lindsay Lohan was everywhere. Among her list of  memorable roles is Cady in Mean Girls. Apart from Lindsay Lohan, the popular teem drama casted other future stars including Rachel McAdams (Regina), Amanda Seyfried (Karen), and Lacey Chabert (Gretchen). Karen was the dumb and funny mean girl, who was funnier than mean actually. Check this discussion she had with Gretchen. Say what?

If you haven’t watched this smartly-written comedy series, at least give it a try because it is F.U.N.N.Y. Coincidentally, this comedy about a family casted some actual family. Eugene Levy (Johnny) stars alongside his children Dan Levy ((David) and Sarah Levy (Twyla). Also in the cast are the very talented Catherine O’Hara (Moira) and Anne Murphy (Alexis). Being previously wealthy, without much business knowhow, watch David explain how his bought his new purchases through a write-off in this hilarious scene.

In the mood for some K-Drama? Business Proposal is a light, romantic comedy that’s sure to make you swoon because of the leads’ chemistry! Due to current circumstances and a blind date, Shin Ha-ri  agrees to be Go-Food’s CEO, Kang Tae-mu’s fake girlfriend. This then leads them to a journey of mishaps, unlikely events, and eventually, love. Watch her try to discourage him from liking her during their first encounter!

After getting godly powers, Bruce (Jim Carrey) makes a move to get back at his colleague, Evan (Steve Carell. Watch this hilarious scene of two legendary comedians. One word, EPIC.

90s comedy definitely has its charm and nostalgia, especially in this classic family movie. As Daniel Hillard (Robin Williams) tries to adjust in his double life as Mrs. Doubtfire, chaos starts to begin. One such instance is when the job placement agency checks in on him and his custom-made mask falls off the window. Watch how Daniel tries to navigate this way out of this sticky situation.

Here’s another Lindsay Lohan (Anna) and  classic for you all. In this movie, she teams up with Jamie Lee Curtis (Tess), who plays her mom. Due to an unusual turn of events, they swap bodies and now Anna has to see Tess’ patients. Curtis’ depiction of a 15-year-old pretending to be a shrink is so spot on, laughing is inevitable!

Watch the movie on Apple TV.

Are you laughing already? We hope our BOB 10 list gave your mood a boost today! Share your own list of comedy favorites and let’s have a bast! 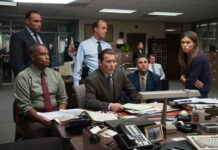 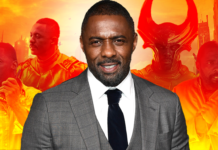 Loved Idris Elba in HBO’s The Wire? Here are 10 more watches you can catch him in! 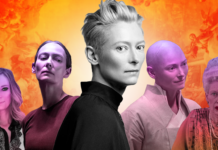