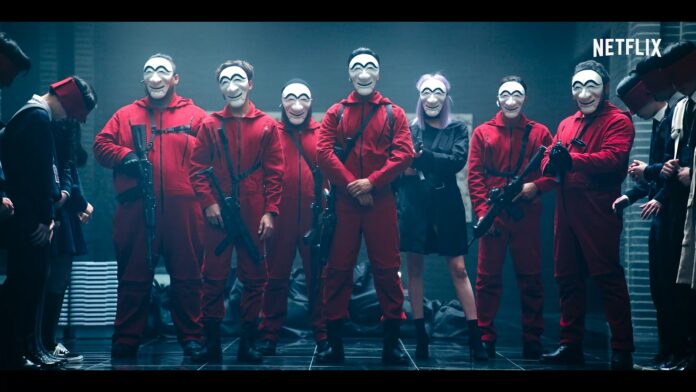 The new poster finally reveals the mask that will veil the thieves’ identities, which is also the key aesthetic of the series. 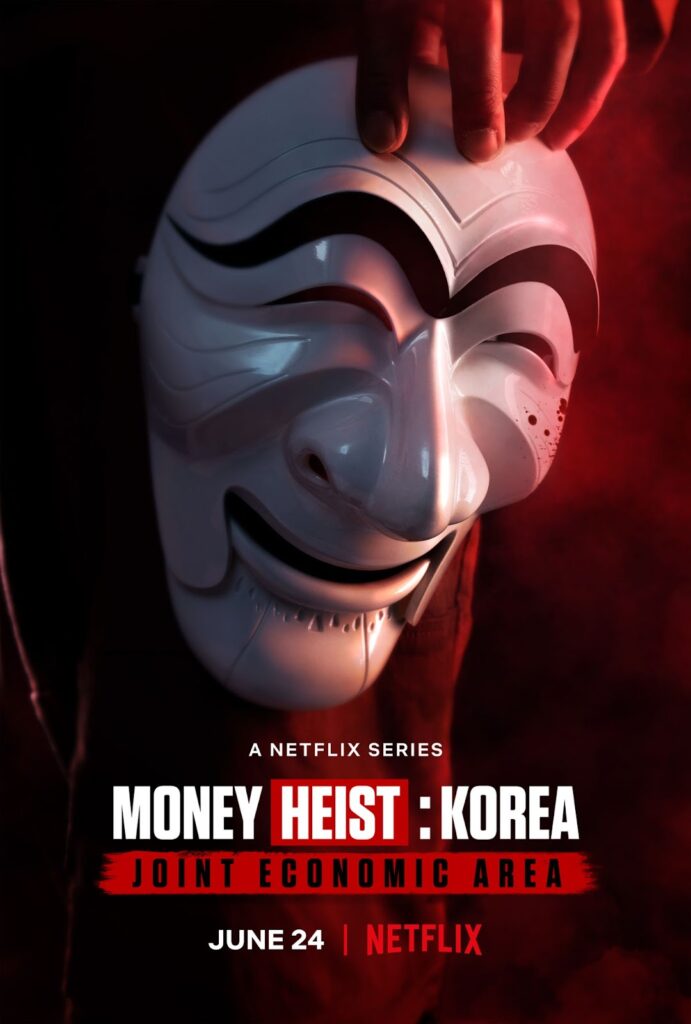 The previously released teaser showed the Professor contemplating a selection of masks including the original iconic Dali mask. Just before we got to see which one he selects, the trailer ended, igniting excitement and curiosity among fans. The question is finally answered in the poster revealed along with the premiere date, which shows the Korean traditional Hahoe Mask – a face with a big empty smile. However, the bloodstains scattered on one side of the white mask raises yet another question, foreshadowing that this heist will also entail life-threatening overturns.

The first Korean blockbuster to kick off the second half of the year, Money Heist: Korea – Joint Economic Area Part 1 will be released on June 24th, only on Netflix.