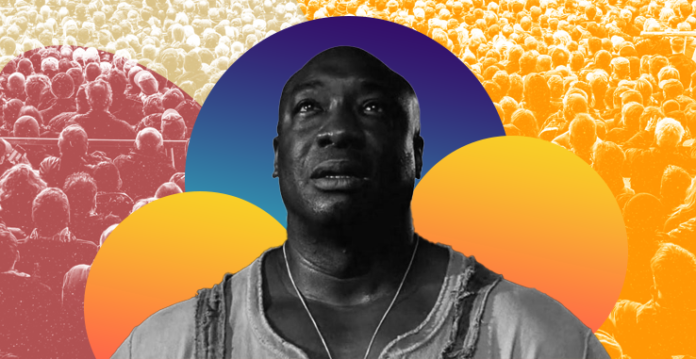 Take time to pause and reflect. Most of us live busy and hectic lives that sometimes we forget to take a step back and learn from the things that happen to us. Here are some meaningful and thought-provoking movies to accompany you in the coming days.

Set in the Great Depression, The Green Mile stars Tom Hanks, who plays Paul Edgecomb, a death row prison guard. In the movie, he encounters John Coffey, an African-American sentence to death because he was convicted of raping two white girls. The accused man seemingly possessed healing powers and a demeanor that made it unlikely for him to commit the crime he was condemned for. As the movie unfolds, Tom Hanks begins to wonder if John is innocent. The film has won several Oscars, including Best Picture, Best Actor in a Supporting Role, Best Sound, and Best Adapted Screenplay.

Deeper than the sports aspect of Trouble with the Curve (2012), the movie explores the familial themes surrounding the father-daughter relationship of baseball scout Gus Lobel (Clint Eastwood) and  lawyer Mickey (Amy Adams). The movie is also stars  Johnny “The Flame” Flanagan (Justin Timberlake), who plays another baseball scout also interested in the player Gus is eyeing. All in all, it’s a touching movie on second chances and having fate in the people you love.

Based on the book, The Blind Side: Evolution of a Game by Michael Lewis, the movie centers around the adoption of Michael Oher (Quinton Aaron) and the controversy and challenges that it had in relation to playing college football for his adoptive mom’s (Sandra Bullock) alumni. This, plus themes on acceptance, family, and racism make this movie a meaningful watch.

Second chances in love don’t come often, most especially if it’s after death. Lisang, has been staying in Purgatory for two years. On the day she’s set to cross over, she turns over her room. Lo and behold, its next tenant is revealed to be Manolo, her past love, who is newly deceased. Directed by Dan Villegas, the movies features powerful and moving performances from veteran actors, Eddie Garica and Gina Pareño .

Manuel Bonifacio (Ronaldo Valdez) calls his children, Allan (Aga Muhlach), Bryan (Dingdong Dantes), Cha (Cristine Reyes) and Dex (Enrique Gil), and reveals that he was diagnosed with cancer, with only seven weeks left to live. The news causes an unlikely reunion of the siblings with their father and second chance to be family once again. Though the movie tackles serious themes like family and sickness, it also manages to inject humor. It is a good watch that will make you reflect on your own family as well. It’s actually a similar concept to Four Sisters and a Wedding (2013), where siblings reunite when their brother announces that he is getting married. Filipinos are known for strong family ties, but sometimes the busyness of life gets in the way, and so we need to be remembered of its importance.

In 366, a woman named June (Bela Padilla) has 365 days to move on from the heartbreak of losing Pao (JC Santos), her ex-boyfriend. Her neighbor, Marco (Zanjoe Marudo), agrees to be her proxy-boyfriend and proposes that they do things that June and Pao have never got to do. As the movie progresses, they learn to move forward in life and in love. Showing this April 15.

Watch it on Vivamax.

Starring the legendary Charlton Heston as Moses, this movie needs no introduction. It’s literally the Holy Grail of Holy Week watches. Apart from the telling the epic story of the Hebrews’ salvation from the clutches of the Egyptians, the movie also has several iconic movie making scenes, including the parting the red sea.

Take time to pause and reflect on the last moments of Jesus Christ. The movie stars Jim Caviezel and is directed and co-produced by Mel Gibson. It received three nominations at the 77th Academy Awards in 2005, for Best Makeup, Best Cinematography, and Best Original Score. Watching the movie is like going on a virtual reflection, to be honest. It highlights that Jesus suffered infinitely for us in a very human and moving movie.

Purchase it on Microsoft.

Set it 1st-century Jerusalem, the epic film centers on Ben-Hur, a Jewish prince who was betrayed and sent into slavery by a Roman friend. The story explores the theme of conversion as it weaves the fictional story of Ben-Hur into the story of our faith.

Purchase it on Google Play.

The film takes place in Vatican City centering on conversations between Pope Benedict XVI, played by Anthony Hopkins and Jorge Mario Cardinal Bergoglio, played by Jonathan Pryce, in relation to the church.