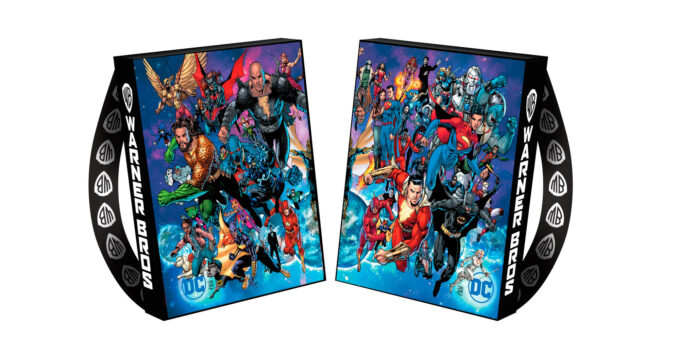 PHILIPPINES, JUNE 28, 2022 — See you in San Diego! Warner Bros. Discovery takes flight at Comic-Con® 2022, as the combined divisions of the company are joining forces to mark the first in-person presence in three years at the world’s premier comic book and popular arts convention. We’re back with a vengeance to present a series of can’t-miss panels, behind-the-scenes conversations, activations, and more to celebrate new and fan-favorite live-action and animated television series, movies, comics, and games from Thursday, July 21, through Sunday, July 24. 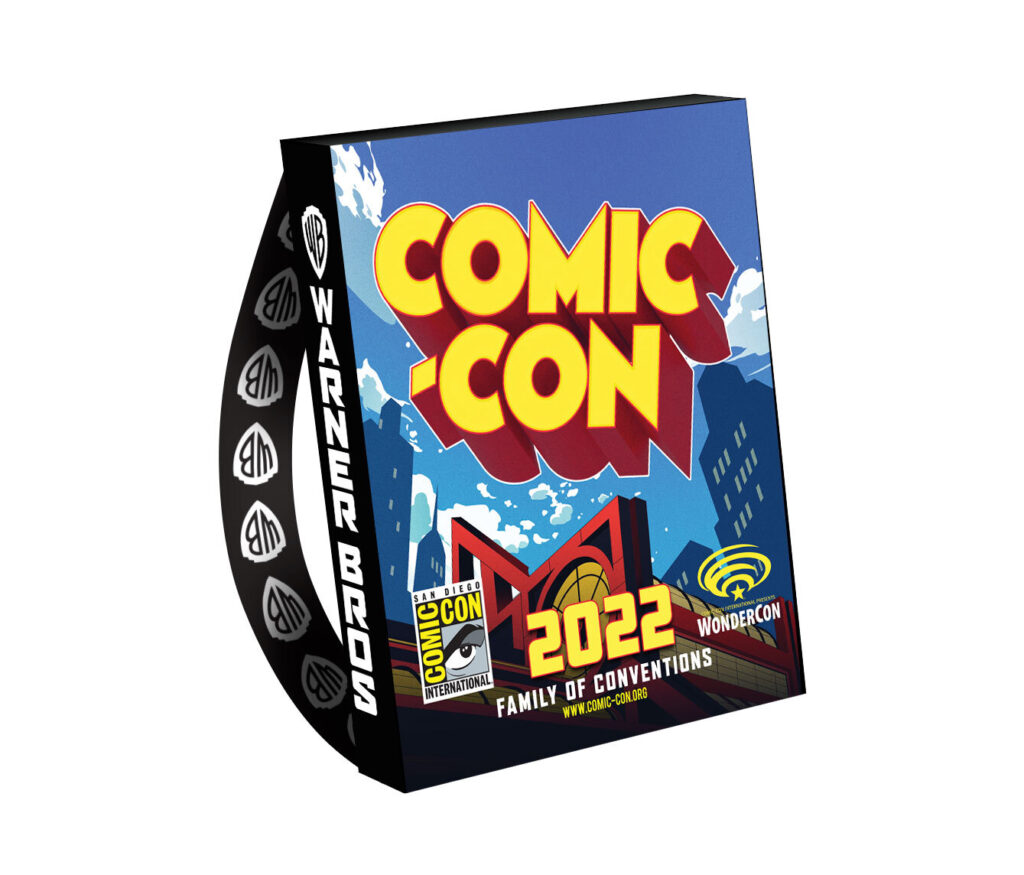 Fans can expect to see a panel for the HBO Original Series House of the Dragon, the prequel to Game of Thrones. Warner Bros. Television returns to Hall H with a panel for the highly anticipated new drama The Sandman, based on Neil Gaiman’s legendary DC comic, as well as the last-ever panel for the hit drama series Riverdale. DC activities include a must-see panel with Jim Lee and friends, deep dives into Dark Crisis and comics set in Gotham City and across the DC Multiverse, and a conversation between Tom Taylor & Tom King. Warner Bros. Games will take fans inside the Gotham Knights and MultiVersus video games. And that’s NOT all, folks! Warner Bros. Animation will unveil a first look at three series from the Looney Tunes Loon-iverse and answer burning questions about Gremlins: Secrets of the Mogwai. Fans can also test exactly how much they know about their favorite kids and family series on Cartoon Network and HBO Max. Don’t forget a panel with Sesame Workshop’s featured and furry friends behind Cartoonito’s newest preschool series Sesame Street Mecha Builders and other favorite Muppets in the Sesameverse. Plus, Adult Swim will present panels for SMILING FRIENDS, Genndy Tartakovsky’s Primal, Rick and Morty digital spinoff series The Vindicators, and Tuca & Bertie, and the TNets will give fans a ringside view of the AEW (All Elite Wrestling) franchise. HBO Max will also present a special advance screening of the first two episodes of the new season of acclaimed adult animated comedy Harley Quinn, and Warner Bros. Home Entertainment will host the world premiere of the original movie Green Lantern: Beware My Power.

And stay tuned for additional panels from Warner Bros. Pictures to be announced.

For the 11th year, Warner Bros. will once again serve as the sponsor of the official Comic-Con 2022 bag. Jim Lee, Publisher and Chief Creative Officer of DC, has created two designs for this year’s must-have collectible swag holder, featuring more than 50 characters from across the DC Multiverse. Each bag will also feature two QR codes which will unlock special surprises for fans beginning Thursday, July 21. More than 160,000 bags have been produced for Comic-Con, and fans can claim theirs when checking in at the convention, while supplies last. I.D. Me Promotions handled physical production of the bags for the Studio.

HBO will present a panel for House of the Dragon. Based on George R.R. Martin’s Fire & Blood, the HBO Original series is set 200 years before the events of Game of Thrones and tells the story of House Targaryen. Created by George R.R. Martin and Ryan Condal, with Condal and Miguel Sapochnik serving as showrunners, House of the Dragon debuts August 21 on HBO and HBO Max / August 22 on HBO GO. Panel specifics are forthcoming.

The Sandman Special Video Presentation and Q&A: Prepare to enter the Dreaming as the live-action adaptation of Neil’s Gaiman’s beloved DC comic series arrives in Hall H of San Diego Comic-Con. There is another world that awaits us when we close our eyes and sleep — a place called the Dreaming, where The Sandman, Master of Dreams (Tom Sturridge), gives shape to our deepest fears and fantasies. But when Dream is unexpectedly captured and held prisoner for a century, his absence sets off a series of events that will change both the dreaming and waking worlds forever. The Sandman is a rich, character-driven blend of myth and dark fantasy woven together over the course of 10 epic chapters following Dream’s many adventures. Be among the first to find out what’s in store for the groundbreaking series, as well as some Comic-Con exclusives and surprises. Join us for a special video presentation followed by a Q&A with series stars and producers. From Warner Bros. Television and based on the DC comic, season one of The Sandman debuts August 5 on Netflix.

Riverdale Special Video Presentation and Q&A –– In a season full of super abilities, mind control and Percival Pickens, the citizens of Riverdale are facing their toughest conflict yet — the apocalypse. Riverdale returns to San Diego for its fifth and final appearance at Comic-Con, once again in Hall H, to discuss the new mysteries of season six and what fans can look forward to in the epic season six finale showdown between the characters everyone loves and the town’s most dangerous villain yet. Based on the characters from Archie Comics and produced by Berlanti Productions (The Flash, Superman & Lois) in association with Warner Bros. Television, this one-hour drama is a bold, subversive take on the surreality of small-town life. Join us for a special video presentation followed by a Q&A with series stars and producers. Season six of Riverdale airs on Sundays at 8/7c on The CW.

Jim Lee and Friends — Join world-renowned comic book artist and DC Publisher and Chief Creative Officer Jim Lee in this can’t-miss panel featuring some of his comic book colleagues to talk with them about some of the top-secret comic books coming from DC! Special guests and surprises galore!

Gotham — In a town like Gotham City, it takes the bravest Super Heroes to keep the city safe from some of the worst villains in crime. Don’t miss this panel that dives deep into some of the heroes, anti-heroes and super-villains that make Gotham the wildest city in all of comics! DC Executive Editor Ben Abernathy will moderate a discussion with Ram V (Detective Comics),  Sean Gordon Murphy (Batman: Beyond the White Knight), Tini Howard (Catwoman), Jock (Batman: One Dark Knight) and more.

Dark Crisis — The epic event 30 years in the making is here! Don’t miss out on hearing from the key members of talent behind Dark Crisis, Dark Crisis: Young Justice, The Flash, and Worlds Without a Justice League, including Joshua Williamson, Daniel Sampere, Meghan Fitzmartin, Tom King and Jeremy Adams for exclusive details on what’s to come!

Tom Taylor & Tom King in Conversation — 2022 Eisner Award Nominees Tom King & Tom Taylor are kicking off San Diego Comic-Con together by discussing writing Nightwing, The Human Target, Supergirl: World of Tomorrow and Superman: Son of Kal-El, and what’s in store for the future. A few surprise guests will be stopping by.

Comics Are Fun for Everyone — No matter if you are a casual fan, a YA fan, completely new to comics or a weekly warrior, comics are meant to be fun and for everyone! We’ll be highlighting comics and graphic novels from across the DC Multiverse, as well as animation and more in this fun-filled panel. DC Senior Editor Katie Kubert will be joined by Daniel Warren Johnson & Juan Gedeon (Jurassic League), Kami Garcia (Constantine: Distorted Illusions), Becky Cloonan & Michael Conrad (Batgirls) and more!

TOON IN FOR THE WHOLE FAMILY

Cartoon Network and HBO Max kids and family highlights include:

Cartoon Network: Winner Takes All — Cartoon Network fans come on down! Be the first in line to test your knowledge on all things Cartoon Network! This multi-show panel will determine which panelists (and audience members!) are the most discerning fans as they are quizzed on their favorite series for a chance to unlock first looks, sneak peeks, and more inside scoop! Play along with the casts and crew of Craig of the Creek (Philip Solomon, voice of Craig; Najja Porter, supervising director; Dashawn Mahone, supervising director), Teen Titans Go! (Pete Michail, executive producer; Tara Strong, voice of Raven; Khary Payton, voice of Cyborg), and We Baby Bears (Calvin Wong, showrunner; Connor Andrade, voice of Grizz; Amari McCoy, voice of Panda; Max Mitchell, voice of Ice Bear). Why settle for second? Come get your first look at everything Cartoon Network! Craig of the Creek and We Baby Bears are produced by Cartoon Network Studios. Teen Titans Go! is produced by Warner Bros. Animation.

SMILING FRIENDS Discussion and Q&A — Join Michael Cusak and Zach Hadel, the creators behind the new Adult Swim Series SMILING FRIENDS, to find out what’s in store for Pim, Charlie and the rest of the company dedicated to bringing happiness to their bizarre yet colorful world.

Tuca & Bertie Season Three Discussion and Q&A — This summer is sure to sizzle with the highly anticipated return of Tuca & Bertie on Adult Swim! Creator and Executive Producer Lisa Hanawalt will join the series cast to dive into the upcoming third season of the Adult Swim animated comedy about colorful bird girl besties who navigate the ups and downs of adulting in life, love, and everything in between.

AEW: Heroes & Villains — Join some of the biggest stars of TBS’ AEW: Dynamite and TNT’s AEW: Rampage as they take the San Diego Comic-Con stage for the first time to give a ringside view of the wildly popular wrestling promotion. The Q&A will feature a conversation with AEW stars CM Punk, Jade Cargill, Darby Allin, Orange Cassidy and Bryan Danielson, and will be moderated by AEW commentator Excalibur. This discussion will dig into the heroes, villains, and championship quests through the eyes of the biggest names in wrestling. AEW: Dynamite airs every Wednesday from 8-10 p.m. ET on TNT and attracts the youngest wrestling audience on television; the fight-forward show AEW: Rampage airs every Friday from 10-11 p.m. ET. Follow the fandom on Twitter and Instagram at @AEW and @AEWonTV.

Harley Quinn Season 3 Advance Screening (Episode 1 & 2) — The Eat. Bang! Kill Tour is rolling through San Diego for an early look at what’s in store for Harlivy. Join us for a special advance screening of the first two episodes of season three of Harley Quinn at San Diego Comic-Con before its summer premiere on HBO Max. Seats will be limited and available on a first-come, first-served basis. Harley Quinn is produced by Delicious Non-Sequitur Productions and Yes, Norman Productions in association with Warner Bros. Animation.

Green Lantern: Beware My Power World Premiere and Panel — Warner Bros. Home Entertainment continues its annual Comic-Con tradition of hosting debuts of original DC Universe Movies with the world premiere of Green Lantern: Beware My Power. The all-new intergalactic thriller features John Stewart’s first adventure as a member of the Green Lantern corps. In the film, the initially reluctant Stewart (voiced by Aldis Hodge) — aided by Green Arrow (Jimmi Simpson), Adam Strange (Brian Bloom) and Hawkgirl (Jamie Gray Hyder) — must contend with a horde of interplanetary killers bent on eliminating every Green Lantern in the universe, while also journeying into the heart of a raging Rann/Thanagar war to somehow succeed where all other Green Lanterns have failed. After the screening, cast members and filmmakers will host an in-depth, entertaining panel discussion. Produced by Warner Bros. Animation, DC and Warner Bros. Home Entertainment, Green Lantern: Beware My Power arrives on 4K Ultra HD Blu-ray Combo Pack, Blu-ray, and Digital on July 26, 2022.