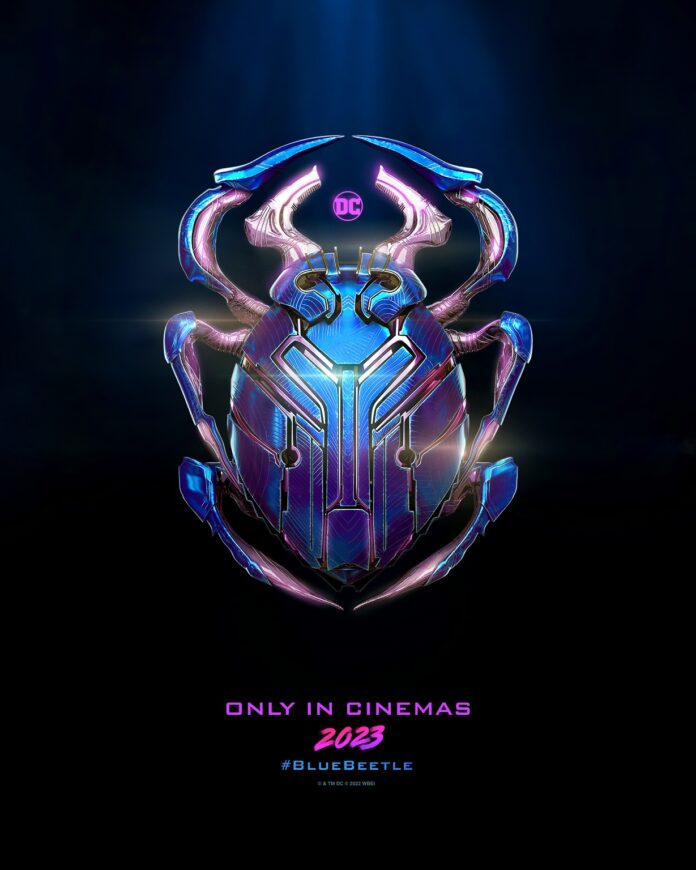 Fresh from CCXP 2022 in Brazil, check out the teaser poster for the upcoming DC superhero film “Blue Beetle” – in cinemas across the Philippines August 16, 2023.

The first Latinx-led superhero film from a major studio, “Blue Beetle” follows Jamie Reyes, a teenager who is gifted superhuman strength, speed, and armor when an alien scarab beetle attaches itself to him.