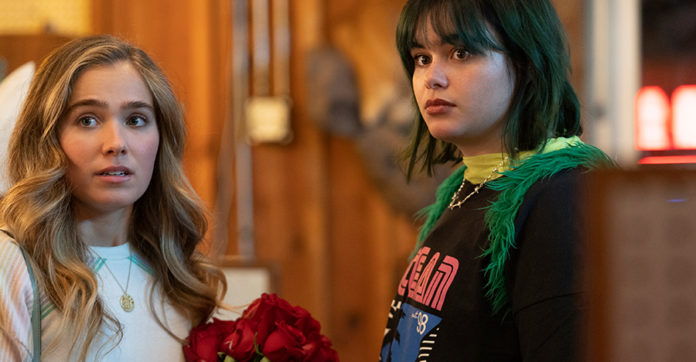 HBO Max and WarnerMax’s original feature film, Unpregnant, adapted from the young adult HarperCollins novel of the same name, will premiere in Asia for the first time on 6 February at 9pm exclusively on HBO GO and HBO. Starring Haley Lu Richardson (“Split”; “Five Feet Apart”) and Barbie Ferreira (HBO’s “Euphoria”), the film offers a mix of humour and grounded human emotion as it tackles complicated friendships and the difficult road to adulthood.

Seventeen-year-old Ivy League-bound Veronica (played by Richardson) never thought she would want to fail a test – that is, until she finds herself clutching a piece of plastic with a giant plus sign glaring back at her. With conservative parents, an incompetent boyfriend, no car and a promising college-bound future now disappearing before her eyes, Veronica considers a decision she never imagined she would have to make. She makes a never-taken-lightly decision and turns to the only person who will not judge: her ex-best friend and legendary misfit Bailey (Barbie Ferreira). They embark on a 1,000 mile hilarious road trip to New Mexico over three days where they discover sometimes the most important choice you will make in life is who your friends are.

Unpregnant is adapted from a book of the same name by authors Jenni Hendriks (“How I Met Your Mother”) and Ted Caplan (music editor for “The Hate U Give”; “The Greatest Showman”),

Stream or download Unpregnant on HBO GO. Download the app at App Store or Play Store and get a free trial. Access HBO GO at https://www.hbogoasia.com/. HBO GO is available on Android TV, Apple TV, LG TV and Samsung Smart TV – and comes with AirPlay and Google Cast functionality.