Box Office Boss
Home Movies Jack Sparrow is on his way to sail the Sea of Thieves. 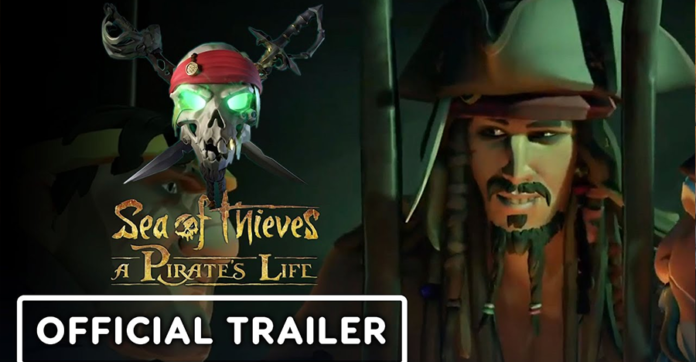 The infamous scallywag Jack Sparrow is out and headed to the Sea of Thieves. What is Sea of Thieves you ask? Sea of Thieves is an open-world video game about being a pirate. The game itself was inspired by the tales of Jack Sparrow himself and now, the guy himself is coming to their world. Players playing as pirates could now go on a story-driven quest to aid Jack Sparrow and to save the world.

If you haven’t heard of Jack Sparrow then you are missing out. Jack Sparrow is a movie series created by Disney. Released in 2003, the series has garnered a lot of fans that it to this day, sequels after sequels have been produced. Thanks to the great acting skills of Johnny Depp, Jack Sparrow created its massive following.

It’s saddening that they did not get Johnny Depp‘s voice for the role but they did, however, got a voice actor that captures Johnny’s likeness. Jared Butler will be voicing  Jack Sparrow as much as he did in the past games that featured the character such as Pirates of the Caribbean Online , Disney Infinity, Kingdom Hearts III and many more.

Set your sails and prepare for Captain Jack Sparrow for he’s about to sail on The Sea of Thieves.

“The Sea of Thieves aye?, Bring me that Horizon” – Captain Jack Sparrow