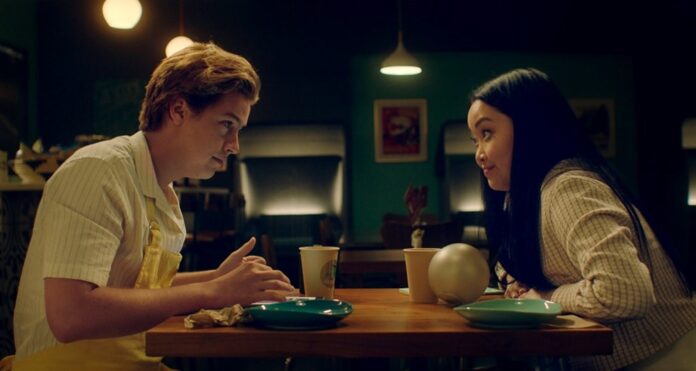 PHILIPPINES, MARCH 23, 2022 – Love could bring one to the ends of the Earth, but would it be enough to send you to Mars? Go on an out-of-this-world adventure with Max Original film Moonshot, a romantic comedy with a sci-fi twist, premiering Thursday, March 31 exclusively on HBO GO.

Set in a future where Mars has been terraformed and colonised by the best that humanity has to offer, Moonshot follows two college students – Walt and Sophie, who team up to sneak onboard a space shuttle to the red planet just to reunite with their significant others.

Like many 20-somethings her age, Sophie is faced with a world of choices and the momentous one topping the list is what to do about her boyfriend Calvin.  A published scientist, Calvin is supposedly posted to Mars temporarily but begins to feel permanent. On the other hand, Walt is an assistant barista at the college bookshop who is contented with his job and his solitary existence until he meets Ginny. Walt is convinced Ginny is the one for him, but she flies off to a new life on the red planet. As Walt and Sophie set off to Mars in seek of love, their lively journey winds up taking them both wildly and unexpectedly off course.

Stream or download Moonshot from March 31 only on HBO GO. Subscribe to HBO GO online at www.hbogoasia.ph or the mobile app via the App Store or Play Store on your device for as low as ₱99.70/month. Or access HBO GO via Cignal, Globe and Skycable. HBO GO is also available on Android TV, Apple TV, LG TV and Samsung Smart TV – and comes with AirPlay and Google Cast functionality.