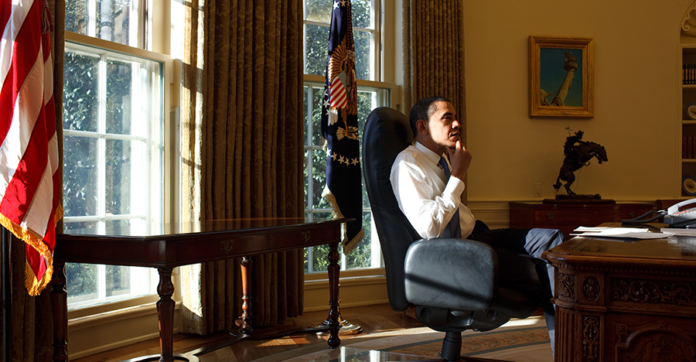 HBO’s three-part documentary, Obama: In Pursuit Of A More Perfect Union, debuts same time as the U.S. over three consecutive days from Wednesday, August 4 exclusively on HBO GO. The documentary chronicles the personal and political journey of President Barack Obama, as the United States grapples with its racial history. Weaving together conversations with colleagues, friends and critics, and interspersed with his own speeches and news interviews, the series begins with Obama’s childhood and takes us through his perspective as the son of a white mother from Kansas and an African father, his spiritual formation by a generation of Black leaders, and his hopes for a more inclusive America. Through the story of one man irrevocably bound to the history of a country, Obama: In Pursuit Of A More Perfect Union reflects on the country’s past and present national identity.

Obama: In Pursuit Of A More Perfect Union is directed by Emmy® winner Peter Kunhardt (HBO’s “True Justice: Bryan Stevenson’s Fight For Equality,” “John McCain: For Whom the Bell Tolls”, “King in the Wilderness”).

With the clarity of hindsight and perspective of the last four years, Obama: In Pursuit Of A More Perfect Union forms a cohesive picture of America under its first Black president. Obama’s presidency was unique in America’s history, but what was a historic step forward for the country also exposed the ever-present need to address deeply entrenched challenges around race, racial justice and our history.

Part One of Obama: In Pursuit Of A More Perfect Union looks back over Obama’s upbringing by a single mother from Kansas and white grandparents, his early schooling in Hawaii and his education at Columbia University and Harvard Law School. Through archival interviews, Obama reflects on the impact of having an estranged African father, growing up bi-racial and his evolving relationship with the African American community in Chicago, where he worked with Black churches as a community organizer.

Part Two takes us from Obama’s presidential bid to his election to the White House in November 2008, exploring the obstacles and successes along the campaign trail. With constant pressure to define his identity along racial lines and frustrated by what he saw as a distraction from other important issues, Obama delivers his “race speech” of March 2008, a determined defense of the U.S. Constitution and a plea to look beyond America’s “racial stalemate” in order to advance prosperity and unity.

Part Three takes us to the White House years and the formidable hurdles that Obama faced trying to pass legislation in a bitterly divided Congress. He ultimately succeeded in passing the Affordable Care Act but the chasm across the aisle in Washington grew ever wider. As the nation faced a period of heightened awareness around police brutality towards African Americans and the fervent partisan battle over gun control, his critics accused him and the administration of not doing enough to lead a conversation about race, and the president moves forward with policies that focus on racial justice and empowerment.

Obama: In Pursuit Of A More Perfect Union encapsulates the man and the president, illuminating his vision for the nation shaped from his own experiences and identity. Through today’s lens, the documentary reflects on the Obama administration with new understanding about the personal obstacles he faced and the challenging pursuit for equality in America.

Stream or download all three parts of Obama: In Pursuit Of A More Perfect Union on HBO GO. Download the app at App Store or Play Store and get a free trial. Access HBO GO at https://www.hbogoasia.sg/. HBO GO is available on Android TV, Apple TV, LG TV and Samsung Smart TV – and comes with AirPlay and Google Cast functionality.