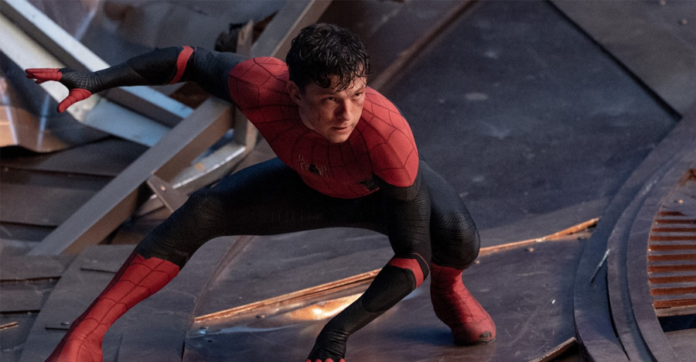 With the character of Peter Parker in his last year of high school and the eyes of the world on him, it was clear that Spider-Man: No Way Home (now playing in Philippine cinemas) would be the final chapter in Peter Parker’s coming of age story.

“This film is about him becoming the Spider-Man,” says Tom Holland, who reprises his role as Peter Parker. “It’s about him growing up, stepping up to the plate, and making his own decisions as a full-blown Avenger.”

No Way Home is indeed the culmination of the Homecoming trilogy… and the start of a multiverse of possibilities. In the first film, Homecoming, Peter gains a mentor in Tony Stark. Peter desperately wants to join the Avengers, but Tony Stark advises him to focus on being a friendly neighborhood Spider-Man. In the second film, Far From Home, having lost his mentor and taken that to heart, he discovers that being Spider-Man means when duty comes calling, he must answer. At the end of that film, Peter is ready to be his own man and the hero that everyone wants him to be – when suddenly, his identity is revealed and he is framed for the crime of murdering Quentin Beck (a/k/a Mysterio). 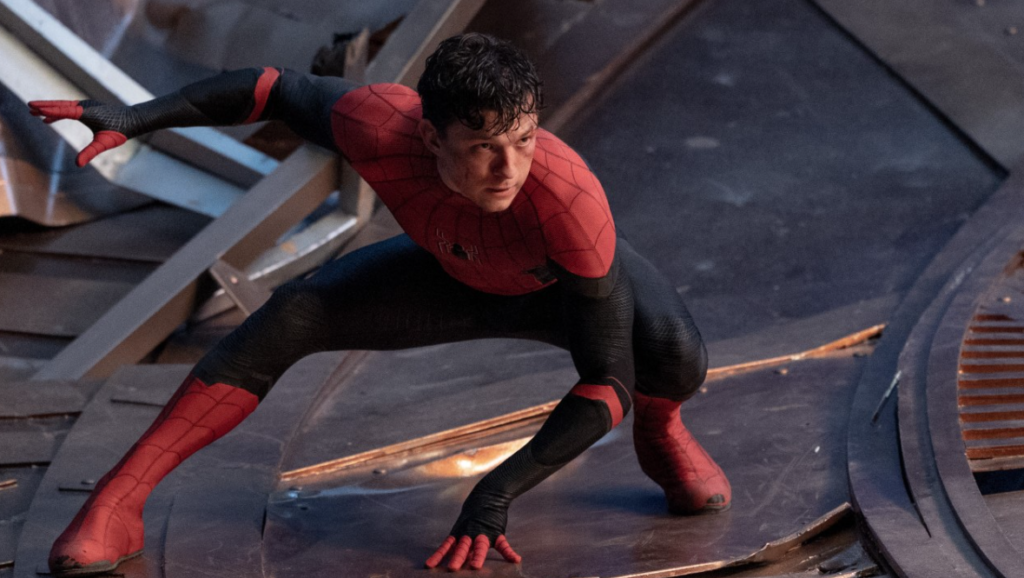 With Mysterio having revealed Spider-Man’s secret identity, and a less-hirsute J. Jonah Jameson having broadcast that identity to the world, Peter finds himself at the center of extreme controversy. “His world is turned upside down,” says Chris McKenna, one of the movie’s credited writers. “He had his ‘I am Iron Man’ moment, but he didn’t get to make it. It was forced on him from the grave by Beck. He’s hounded by J. Jonah Jameson and framed as a murderer. So at a moment when everything should be going great – he’s about to be a senior in high school, he has a girlfriend, he’s found a harmony between being Spider-Man and being Peter Parker – the whole thing is upended.” 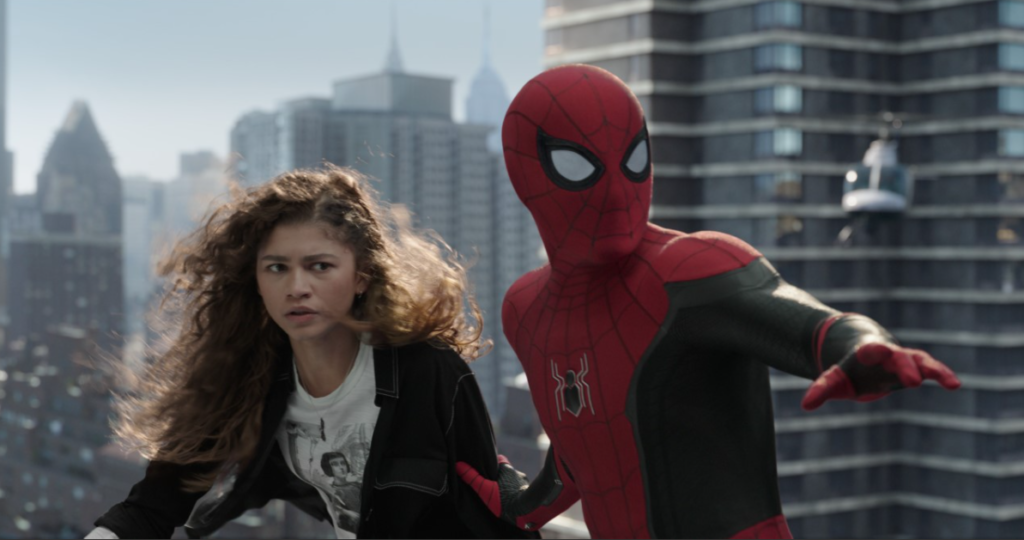 “Spider-Man’s biggest superpower is Peter Parker, and that’s because of his humility,” says Holland. “When that is at stake, his friends are at stake, his aunt is at stake, their lives have been ruined because of him, he knows he has to do something. What I love – and this is a constant reminder of how young Peter is – is the naivete of him going to Doctor Strange and saying, ‘Can you just make everyone forget who I am, is that something you can do?’ And that’s something only a kid would do.”

“If you think about what Peter’s been through, Strange is closely tied to a very substantial moment in his life,” says director Jon Watts. “In Endgame, Strange’s plan to stop Thanos leads to Peter losing Tony, his mentor, right in front of his eyes. I imagine Strange would feel some responsibility for that, so it’s understandable that if Peter came to Strange and asked for his help, Strange would oblige, even if it meant bending the rules a bit.” 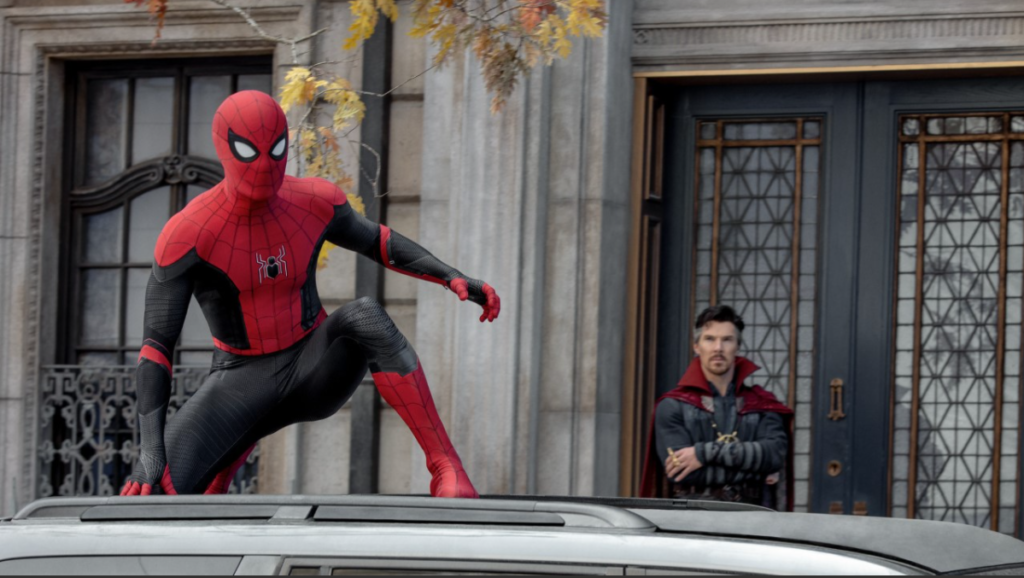 That’s true even though Strange and Peter haven’t been super close in the past, according to Benedict Cumberbatch. “This chapter of their story brings them far closer to knowing and understanding each other,” he says “because despite the intensity of their experience together so far, they don’t actually know each other very well. Until this point, Strange has just seen a kid with extraordinary powers caught up in a problem far larger than either one of them.” 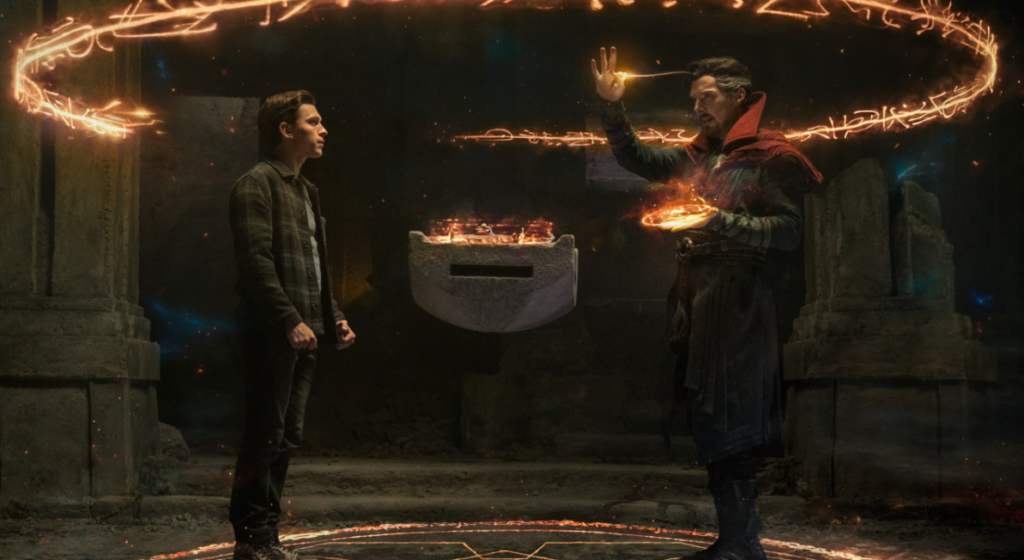 Strange’s spell opens the multiverse so that anyone in any universe who knew Peter Parker was Spider-Man could come into his world. It turns out, that’s a lot of people… Since the first Spider-Man movie in 2002, there have been a rogue’s gallery of villains that have discovered who is behind the Spidey mask: the Green Goblin, Doc Ock, Sandman, Lizard, Electro – all have threatened other Peter Parkers from time to time. When Strange’s spell collapses the boundaries between these universes, all of them are brought together to face this Peter Parker.

Spider-Man: No Way Home is distributed in the Philippines by Columbia Pictures, local office of Sony Pictures Releasing International.  Connect with #SpiderManNoWayHome