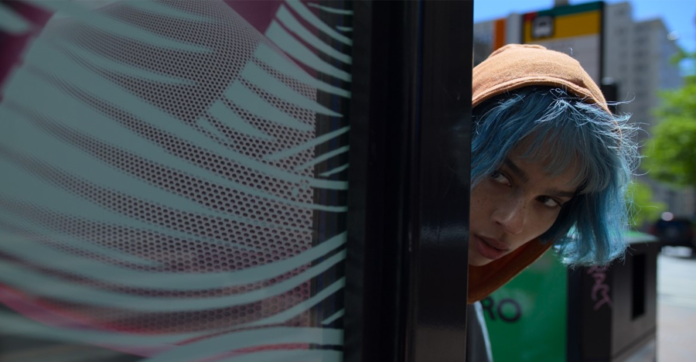 Enjoy tales of inner strength and resilience with two brand-new original films The Fallout, from up-and-coming director Megan Park, and KIMI, from seasoned director Steven Soderbergh. From overcoming tragedy to facing one’s greatest fear, these films bring out the best of the human spirit while exploring the depths of personal relationships and integrity. The Fallout premieres Thursday, January 27 and KIMI premieres Thursday, February 10, both streaming exclusively on HBO GO.

Megan Park makes her screenwriting and directorial debut in The Fallout, a compelling exploration of the inexplicable resiliency of life and the hope that emerges out of loss. The film stars Jenna Ortega (Scream, You, Yes Day) as Vada, a high schooler who forms new friendships forged under sudden and tragic circumstances. At the same time, she is simultaneously forced to re-evaluate her relationships with her family, friends and her views of the world. In the process of reinventing herself, she moves away from her comfortable family routine, starts taking chances with a series of quicksilver decisions that test her own boundaries and push her in new directions. As she spends more time with her friend Mia, played by Maddie Ziegler (2021’s West Side Story, Music), their shared experiences lead her further away from that tragic day and closer to living her life in the now.

The Fallout won the Grand Jury Prize and Audience Award for Narrative Feature and bagged the Brightcove Illumination Award that honours a filmmaker on the rise at the 2021 SXSW Film Festival.

KIMI, an original thriller by Academy Award-winning director Steven Soderbergh (No Sudden Move, Magic Mike’s Last Dance, Ocean’s Eight), follows a young woman who finds herself in a tight situation when she becomes aware of a violent crime.

Zoë Kravitz (Fantastic Beasts movies, Mad Max: Fury Road) is Angela Childs, a tech analyst who reviews data streams for the Amygdala Corporation, purveyor of the voice-activated companion server KIMI. Amidst a pandemic, even though restrictions have eased, Angela suffers from agoraphobia and follows a strict routine within the safety of her loft apartment in downtown Seattle. Between computer breaks, Angela flirts—among other things—with her neighbour across the street, and communicates with her mother, her dentist, and her therapist via video chat, proving she never needs to leave the comforts of home.

But that changes when she hears something horrific in one of the streams she is analysing. Reporting it over email is deemed too risky, so a trusted co-worker advises Angela to go to their head office downtown and speak directly to executive Natalie Chowdhury and alert her to what Angela is certain is a serious crime. But Angela hasn’t ventured outside since before the pandemic. Just getting to the office is a huge challenge, but she’s determined to do the right thing. But Angela has no idea what will actually happen when—and if—she’s able to step out of her comfort zone.

Soderbergh, whose most recent film for the streamer was the star-studded No Sudden Move and who is next returning for Magic Mike’s Last Dance directed KIMI from a script by acclaimed screenwriter David Koepp. Soderbergh’s frequent collaborator Michael Polaire and Koepp produced.

Behind the scenes, Soderbergh’s team was comprised of his frequent collaborators, which include production designer Philip Messina (Che and The Hunger Games films), costume designer Ellen Mirojnick (Logan Lucky, Behind the Candelabra, The Greatest Showman), and composer Cliff Martinez (Contagion, Traffic, Hotel Artemis).

Filipinos can stream or download The Fallout and KIMI exclusively on HBO GO. Subscribe to HBO GO online at www.hbogoasia.ph or the mobile app via the App Store or Play Store on your device for as low as ₱99.70/month. Or access HBO GO via Cignal, Globe and Skycable. HBO GO is also available on Android TV, Apple TV, LG TV and Samsung Smart TV – and comes with AirPlay and Google Cast functionality.