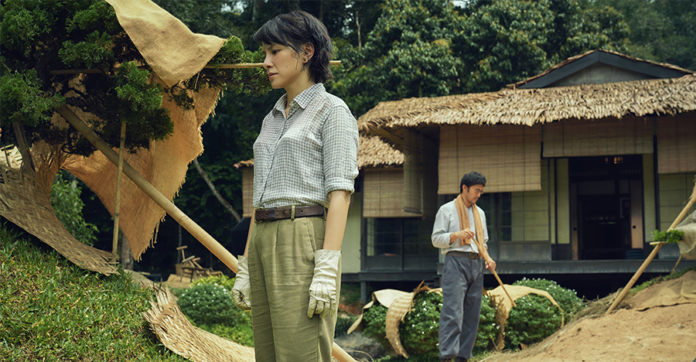 HBO Asia Original and Astro Shaw production The Garden of Evening Mists will premiere on HBO GO and HBO on Sunday, 13 September at 10pm. The film adaption of the critically-acclaimed novel of the same name by Malaysian Tan Twan Eng, is presented by Astro Shaw and HBO Asia with support from the National Film Development Corporation Malaysia (FINAS) in association with CJ Entertainment.

The film, which screened at the 24th Busan International Film Festival, the 43rd Hong Kong Asian Film Festival and the 56th Taipei Golden Horse Film Festival in 2019, tells the story of Teoh Yun Ling (played by Sinje Lee) who, embittered from atrocities of World War II in Malaya, seeks solace in the rolling hills of Cameron Highlands. There, she discovers Yugiri, the only Japanese garden in Malaya and its mysterious owner Nakamura Aritomo (played by Hiroshi Abe). He reluctantly accepts her as an apprentice so that she can build a garden in homage of her beloved sister who perished in a labour camp. As Yugiri reveals secrets of its own, Yun Ling and Aritomo embark on a forbidden love affair.

Filmed in Malaysia, the two-hour film is in English, Mandarin, Japanese and Bahasa Malaysia. Stream or download The Garden of Evening Mists on HBO GO or watch it on HBO on Sunday, 13 September at 10pm. HBO GO is available at https://www.hbogoasia.com/. Download the HBO GO app at App Store or Play Store and get a 7-day free trial. HBO GO can now be accessed via Android TV, Apple TV, LG TV and Samsung Smart TV – and comes with AirPlay and Google Cast functionality.

*Please see attached documents for more information about the film and its characters.

WarnerMedia is a leading media and entertainment company that creates and distributes premium and popular content from a diverse array of talented storytellers and journalists to global audiences through its consumer brands including: HBO, HBO Max, Warner Bros., TNT, TBS, truTV, CNN, DC Entertainment, New Line, Cartoon Network, Adult Swim, Turner Classic Movies and others, as well as Xandr’s suite of advanced advertising solutions designed to help to improve advertising for brands, publishers, and consumers. WarnerMedia is part of AT&T Inc. (NYSE:T).

Astro Shaw is one of the leading Malaysian film studios for local and Nusantara markets. Astro Shaw also actively markets and distributes local and regional films, while reinforcing its position in the global marketplace. Since establishment in 1996, Astro Shaw has produced more than 90 movies in various genres and languages.