Box Office Boss
Home Movies “The Secret Life of Pets 2” Is Fun But Pretty Much Like...

Who says you can’t teach old dogs new tricks? There’s so much you can teach them, as a matter of fact, like not being a dog, for example.

In the follow-up to 2016’s The Secret Life of Pets, Chris Renaud attempts to explore even further what goes on with our furry friends when we’re out and about our daily routines. This results to a few more storylines that are not closely tied with our main dog, Max (Patton Oswalt), who’s experiencing anxiety attacks thanks to the addition to his family: Liam.

Just like the first movie, we’re given a look at what goes on in the psyche of Max as he deals with change. In the previous movie, Max had to deal with the sudden addition of a new dog, Duke (Eric Stonestreet), which pushed him into a jealous fit.

That’s a pretty compelling theme, if you ask me.

But that didn’t quite transcend to the audiences well, and the script may have a lot to do with it.

While the story gives us an evolution of Max’s psyche (and the other pets as well), it fell a little short in weaving together a solid plot. The storylines, as interesting as they were for the individual characters, they really didn’t tie in well to what Max is going through.

At the beginning of the movie, we were teased by a promise that Max will do anything to protect Liam from the harshness of the world. We know from the first movie that Max is willing to go miles for someone he cares about, so this promise becomes an anchor for us, viewers.

But the turn of events took us in a slightly different direction. It’s like unleashing a dog that’s been tied inside his house for days–you can’t control where he’ll run to.

It’s refreshing to see Gidget and Snowball (Kevin Hart) getting their own sub-stories because they are such fun characters. But as hilarious as some of their scenes were, they don’t really tie with Max’s storyline and serve no real purpose. 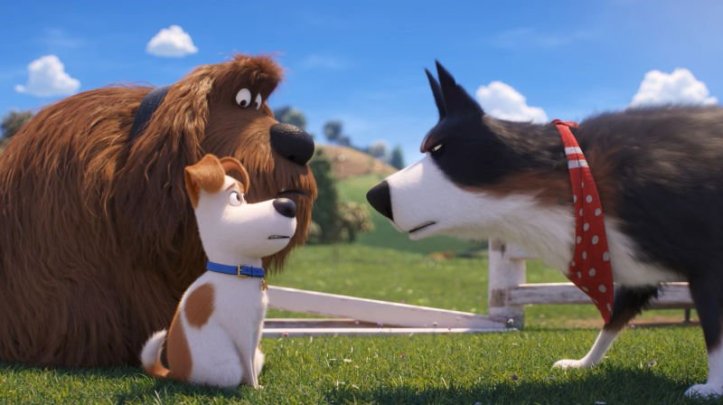 Gidget’s feline infiltration mission was one of the most entertaining sequences. Watching a high-maintenance dog get trained on how to be a cat, and actually pulling it off, was fun to watch.

Tiffany Hadish as the spunky Shih Tzu Daisy was a welcome addition to the cast. However, there was not much material she can work on and, as hilarious as she is, didn’t add much to the story.

Taken individually, however, the (mis) adventures of the different pets were funny enough to tickle those familiar funny bones. Kids are going to love it; adults, on the other hand, may not. But they’re not really the target audience here, so that’s not going to be a problem.

The point is, the movie is cute and devoid of dull moments. I enjoyed this almost equally as I enjoyed the first one.

Max, for his part, was given a touching storyline. The introduction of Rooster (Harrison Ford), an alpha Sheepdog, bolstered his confidence, making him face his insecurities and tap into his inner strength–the very thing he needs to deliver on his promise to protect Liam at all costs.

The problem was the conflict wasn’t directed at all to the young boy, therefore we didn’t see any pay-off to Max’s character development. He did, however, help resolve the problem involving the bad circus master (Nick Kroll).

But then again, all these can be overshadowed by the surface-level charm of this movie. And just like an unleashed dog that darted away quickly, it will always find its way home. At the end of the day, the movie sort of brought us back to what’s important to Max: his family.

(This review originally appeared on The FilmCritters)