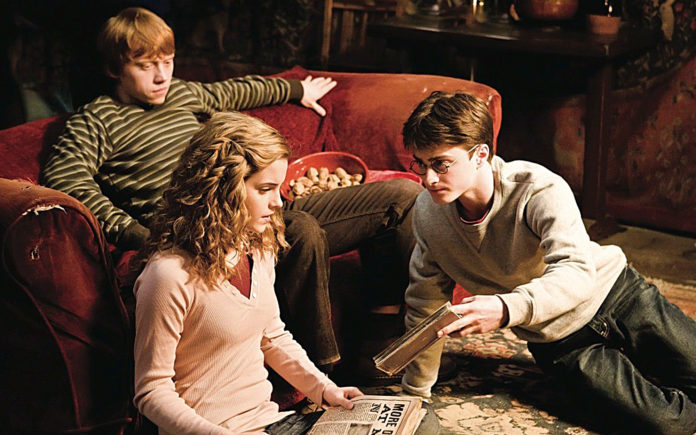 Potterheads, we have a brand new update for you. It looks like the Harry Potter franchise is not finished yet as creator J.K. Rowling tweeted “Sometimes, darkness comes from unexpected places.” The tweet was accompanied by an image of a black and white logo made up of a snake, a wand, and a Voldemort-like skeleton head.

She also used the hashtags #HarryPotter and #CursedChild, which is a reference to the sequel of the franchise, Harry Potter and the Cursed Child, which originated as a Tony-winning play.

However, fans were soon disappointed as the Pottermore official page retweeted an older tweet of J.K. Rowling saying that it’s not going to be a new movie for the Cursed Child but something new and exciting.

There is something exciting coming later on from @CursedChildNYC, but it’s not a movie… https://t.co/iGoKf7cGSO

It was then announced that the logo is only for the brand new look of the Broadway release of the Cursed Child. Fans took to twitter their disappointment with this recent news but are still expecting brand new updates from the famous author—whether it’s a book, franchise, television series, or anything at all.

Currently, the Potter franchise is still kicking on the big screen with the Fantastic Beasts prequel movies. Catch the third movie which is set to be released in cinemas this Nov. 12, 2021.