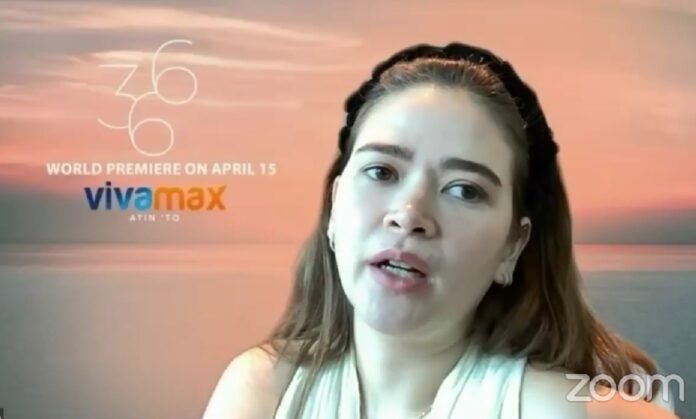 There’s no doubt about it that Bela Padilla is a multi-talented artist, known for starring in emotional “hugot” films that make the viewer think about love and life. Apart from this, Bela has written several screenplays, including for Camp Sawi (2016) and Last Night (2017). For her upcoming movie 366, she expands her roles to being the one of the film’s actors, its director, as well as its writer. Helping Bela is the prolific film and TV director, Irene Emma Villamor, who serves as the Creative Producer for 366.

Bela mentions being fan or BBC’s Normal People as one of her inspirations in cinematography as well as Sophia Copolla, Greta Gerwig, and Wess Anderson as some of the directors who influence  her. 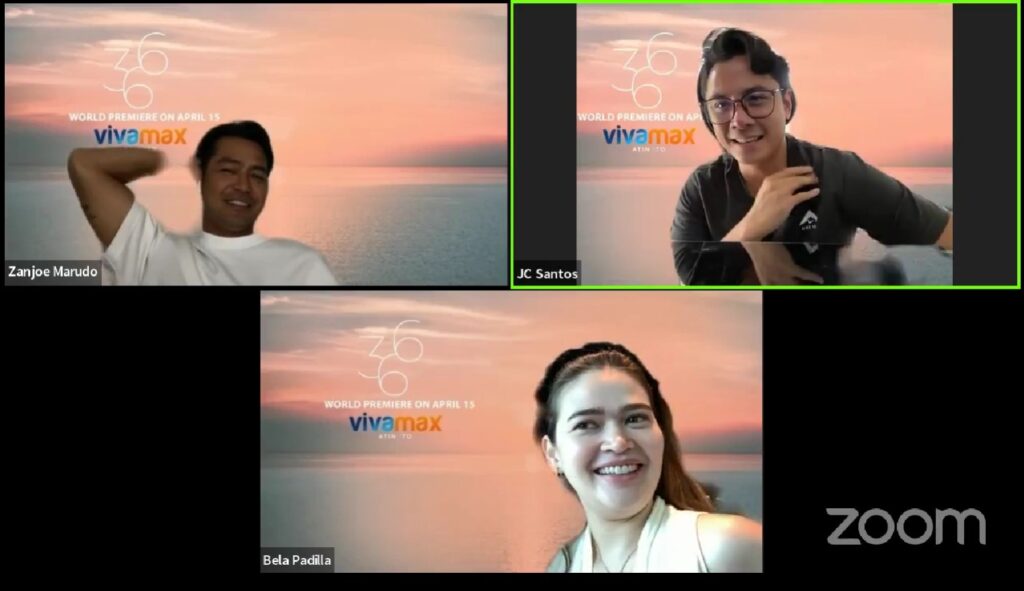 In “366,” a woman named June (Bela Padilla) has 365 days to move on with the heartbreak of losing Pao (JC Santos), her ex-boyfriend. Her neighbor, Marco (Zanjoe Marudo), suggests they do things that June and Pao have never got to do and agrees to be her proxy-boyfriend. Soon, they learn to move forward in life and in love… one day at a time.

“It’s really a story of a journey of three people,” Bela explains in a press conference, explaining that it’s about the personal journey of the three characters.

“I guess I was more used to doing the two-character story before. Now, obviously, it was a different challenge to work with two very different actors. Even their processes are very different. Si JC likes to really  think,  and talagang hinihimay niya lahat ng aspeto ng bawat eksena. He’s very cerebral.

Whereas Zanjoe likes  to live in the moment. When you put him into a scene,  he lets everything affect him, yung props, yung ka-eksena niya, yung location. Like everything brings Zanjoe’s performance alive ” she shares.

Both JC and Zanjoe lauded Bela’s sensitivity as a director.

“She’s sensitive, in a good way. She, feels a lot, and it’s good. Yun rin yung kailangan ko as a director, which is good for me as an actor na actress rin siya. Work-wise naman, she’s very approachable, so lahat ng katrabaho niya, everything’s easy.

How do you move on after a heartbreak? How long does it take to pick yourself up and live your life again? VIVA Films brings you 366, a film about love, loss and starting life and love anew, and the directorial debut of Philippine Cinema’s Queen of Hearts Bela Padilla. Catch it on VivaMax this April 22, 2022.