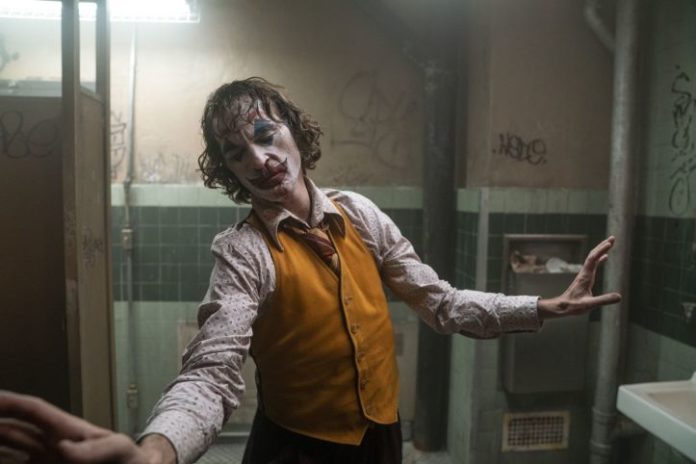 (A version of this post was first published on The FilmCritters)

In this film by Todd Phillips, one of the most notorious villains in pop culture has been stripped to the core.

In the first few minutes of Joker, Phillips showed us an unsettling visualization of one of the most used cliches in life: the one who tries to make everyone else happy is usually deeply pained.

All the makeup painted on Arthur’s face couldn’t mask the emptiness in his eyes. He takes both fingers and hooks both ends of his mouth, stretching them to form a huge smile. But the tears that start to roll down his eyes, causing a streak of black to cascade down his cheek, make the effort futile. There were no words said but those few seconds were very telling of Arthur’s emotional state, providing a compelling case for this riveting character study.

Gotham’s eventual big bad snapped big time. What this movie did was to not vilify the much-hated Joker we all know and instead give us a look at the events that led Arthur Fleck to the dark path he’s eventually chosen in life. After all, like heroes, villains are not born; they’re made.

Joker takes us back to a chaotic Gotham in the 80s, where the garbage problem is a mess and people are on the verge of behaving like lunatics. Amid all these is Arthur, a disturbed man trying to eke out a living but getting beaten by life in basically all aspects. He lives in a dilapidated apartment with a frail mother to take care of; he gets bullied even by teenagers; co-workers are quick to humiliate him at their most convenience; and his therapist doesn’t show an iota of interest and concern. Basically, no one takes him seriously.

He muddles through his shallow existence by remembering his mother’s words: put on a happy face. And he does his best to do so, even when his medical condition which causes him to break out into uncontrollable laughter at the most inconvenient times.

Arthur’s only ray of hope was his dream of becoming a stand up comedian. But as life would have it, he wouldn’t get it. Not according to his terms, anyway. Even so, he does the work. He studies comedians, takes notes, and puts himself out there. The one time he got his shot at success, his physiology betrays him and he eventually ends up as national joke. 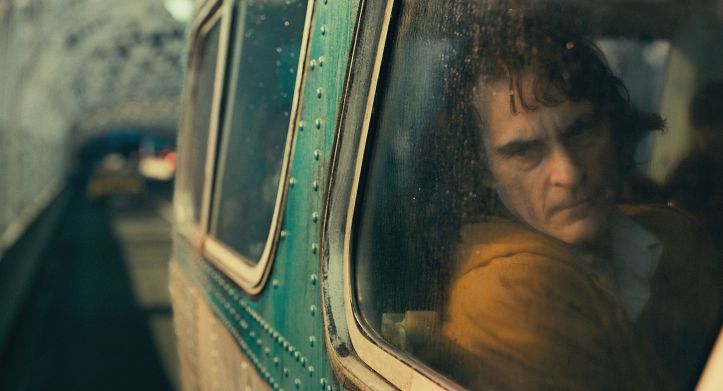 Phillips and Scott Silver created a character that’s complex yet relatable at the same time. And while not intended to be political at all, the story reflects various aspects of society, which adds to the impact of the film.

As the city heads down a destructive path, Arthur unravels. With each beating he gets, literally and figuratively, he slowly loses his grip on the threads of morals and reality. His medication is running out, he uncovers a shocking family secret, and whatever dignity he has left has been trampled on.

It was all he can take. So he snaps.

Arthur snaps in gruesome, violent ways possible. The movie wasn’t shy to shock audiences with violence. Arthur’s undoing was written so well it seemed so abrupt and yet it felt seamless. There was no gradual change in his behavior but the moment he lost it, it was a complete 180 and he was a totally different person.

It’s challenging enough to pen a character development like this, but Joaquin Phoenix’s astounding portrayal makes it look easy. Phoenix was committed all the way, which is obvious in his appearance. He’s spot on and acts on a cellular level. He evokes all the emotions with such rawness it’s almost unreal. You’d wonder how can a person who’s been dealt a bad hand like this exist. Yet you won’t feel distant. Especially with the camera taking us real close. With Lawrence Sher giving us all those tight shots, it’s not hard to not feel for the character. The proximity lets you get inside his state, thereby allowing us to empathize deeply. And it works.

It’s good that Joker isn’t made like the typical superhero or comic book movie we’ve grown accustomed to. And it seems like DC’s strength is in its anti-heroes.

I like the fact that this wasn’t even about Joker’s rise as a villain but more on Arthur’s descent into a life he had no intention of living. Ultimately, this character study on Joker touches on another life trope: choices. Choices maketh man, hero or not. But what seems to be more significant is living with those choices.