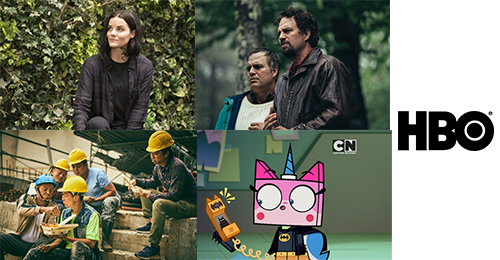 SINGAPORE, 20 APRIL 2020 – With social distancing measures in place and everyone encouraged to stay home this season, it’s easy to feel bored when everyday feels seemingly similar and mundane. But do not worry, WarnerMedia is here to keep you company with a host of great line-ups across its channels just for you. With the month of May around the corner, keep an eye out for more amazing blockbusters, movie marathons and series across HBO GO, HBO, Warner TV and Cartoon Network!

New Movies Series and Movie Marathons on HBO GO, HBO and Warner TV in May

Get your movie madness fix this May every Saturday at 9pm on HBO GO and HBO. Always wondered what your pet was up to whenever you left for work each day? Uncover this cute mystery with the animation film The Secret Life of Pets 2, premiering 2 May. For fans of science-fiction, don’t miss the epic kaiju battle of monstrous proportions between the king of monsters, Godzilla, and his enemies when Godzilla: King Of The Monsters premieres on 9 May. Looking for more spontaneous action? The dynamic Luke Hobbs and Deckard Shaw are back, faster and more furious, in Fast & Furious: Hobbs & Shaw, premiering 23 May.

Looking for brand-new series to watch? Skate off with the new HBO Original series Betty, based on Crystal Moselle’s critically acclaimed feature ‘Skate Kitchen’, debuting 2 May, Saturday at 11am on HBO GO. For something closer to home, join a group of happy-go-lucky construction workers as they daydream about striking it rich and committing outrageous get-rich-quick schemes in the HBO Asia Original drama series, Workers 《做工的人》, premiering 10 May, Sunday at 9pm on HBO GO with two back-to-back episodes followed by one new episode at the same time weekly. Fans of Mark Ruffalo will get a double dose of him as he plays both identical twin brothers in in the HBO Original series, I Know This Much is True, in a tale of betrayal, forgiveness and sacrifice which premieres on 11 May, Monday at 9am on HBO GO and HBO.

An exhilarating line-up awaits you on Warner TV. The thrilling mystery behind Jane Doe’s past continues with the return of Blindspot Season 5. The final season premieres same day as the U.S. on 1 May, Fridays at 9pm on Warner TV. Fans of The Matrix Trilogy can also rejoice with the exciting Matrix Trilogy Marathon beginning on 2 May, every Saturday at 9pm on Warner TV. For all things Keanu and Keanu-related, celebrate Keanu Reeves Day with us on 21 May, Thursday from 6.50pm with non-stop movies starring Keanu Reeves such as Constantine. Closer to the heart, we often forget to celebrate the many supportive ladies in our lives. The ‘Women of Wonder’ campaign continues every Sunday at 9pm on Warner TV with unstoppable women in these May movies including The Losers, Pacific Rim, Harry Potter and the Deathly Hallows Part 1 & 2, and Batman v Superman: Dawn of Justice.

Premieres same day as the U.S. on 1 May, Fridays at 9PM on Warner TV

Their time has come. The fifth and final season begins in the aftermath of the explosion that left Jane Doe watching as a drone strikes the safe house holding the rest of the team. Now, the question to be answered is who made it out alive and whether the team – including Kurt Weller, Edgar Reade, Tasha Zapata and Patterson – will ever be able to clear their names in the wake of Madeline Burke’s rise to power. Stars Jaime Alexander, Sullivan Stapleton, Rob Brown, Audrey Esparza, Ashley Johnson, Mary Elizabeth Mastrantonio and Ennis Esmer.

Premieres 2 May, Saturday at 11am on HBO GO

Godzilla: King of The Monsters

Premieres 9 May, Saturday, at 9pm on HBO GO and HBO

The story follows the heroic efforts of the crypto-zoological agency Monarch as its members face off against a battery of god-sized monsters as the mighty Godzilla battles with Mothra against Rodan and his ultimate nemesis, the three-headed King Ghidorah. When these ancient super-species – initially thought to be mere myths – rise again, they all vie for supremacy, leaving humanity’s very existence hanging in the balance. Stars Kyle Chandler, Vera Farmiga, Millie Bobbie Brown, Ken Watanabe.

Premieres 10 May, Sunday at 9pm on HBO GO

Follow a group of construction workers who daydream about being rich and resort to countless outrageous get-rich-quick schemes only to make fools out of themselves. Despite these setbacks, the happy-go-lucky workers continue to be optimistic. Nothing will stop their pursuit of being rich beyond their wildest dreams! Filmed in a real construction site in Taiwan, Workers stars a stellar cast, including Christopher Lee, Alex Ko, Yu An-Shun 《游安順》, Miao Ke-Li 《苗可麗》, Hsueh Shih-Ling 《薛仕凌》, Peggy Tseng 《曾珮瑜》, Summer Meng 《孟耿如》, Tseng Chin-hua 《曾敬驊》, Queenie Fang 《方宥心》, Chloe Xiang 《項婕如》, Penny Lin 《林韋君》.

Premieres 16 May, Weekends, at 10am on Cartoon Network

Having decided to leave their hometowns to experience big city living, they find it unfamiliar and confusing. But with unstoppable enthusiasm, Apple and Onion discover their own unique path through the journey called life. In these brand-new episodes, Apple and Onion conquer their obsessions with sausages and video games, while also trying to get Falafel out of jail.

Premieres 23 May, Weekends, at 1pm on Cartoon Network

Premieres 30 May, Weekends, at 11.30am on Cartoon Network

Transporting viewers to a joyous kingdom full of sparkle matter, happy thoughts and the occasional rage-out, this animated series follows Unikitty, the beloved character from The LEGO® Movie. In these new episodes, Unikitty’s brother, Puppycorn is having trouble falling asleep, so Dr. Fox uses an invention to bring classic bedtime stories to life. The gang tries to spend a relaxing day at the beach, but the day becomes an underwater adventure when they find a mysterious message in a bottle.