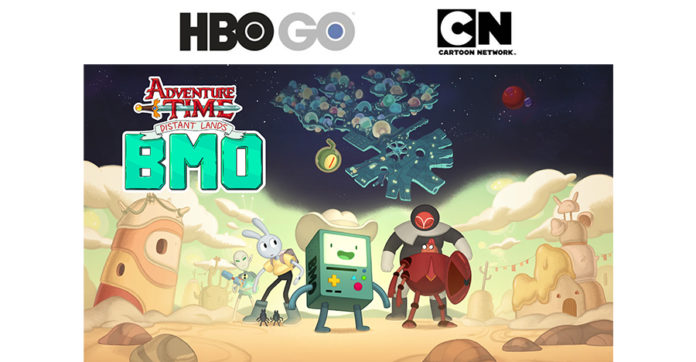 These long-awaited new specials will continue Cartoon Network’s Adventure Time stories that captured imaginations and introduced unlikely heroes and best-buds – Finn the dog and Jake the human – who traversed the mystical Land of Ooo and encountered its colourful inhabitants.

En route to Mars, BMO gets sucked into a wormhole and crash lands on an unknown alien world. On this decaying distant land, BMO finds competing alien races mired in a conflict over dwindling resources and appoints himself sheriff of this seemingly lawless outpost.

He deputises a reluctant new friend, Y5, but Y5’s family has other plans for BMO: complete dismantling! Realising BMO’s importance, Y5 joins forces with our robot hero to save this alien world and uncover the real reason her people are on the brink of extinction.

In Southeast Asia, the remaining three episodes will be available on Cartoon Network and HBO GO in 2021.

Created by Pendleton Ward and executive produced by Adam Muto, Adventure Time is a critically decorated show that garnered numerous entertainment awards and cultivated a generation of talent who have helmed such hits as Steven Universe, Over the Garden Wall, and Clarence. Adventure Time: Distant Lands is produced by Cartoon Network Studios and is an HBO Max Original series.