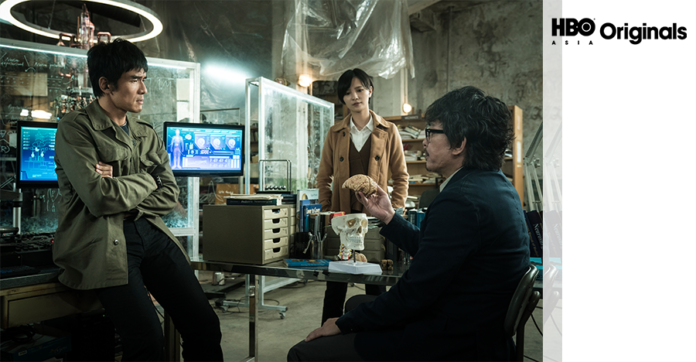 WarnerMedia’s brand-new HBO Asia Original series, Dream Raider, is set to premiere on Sunday, 16 August at 9pm exclusively on HBO GO and HBO. New episodes will premiere every Sunday at the same time. Get the first look of this highly anticipated eight-episode Mandarin science-fiction drama series from the trailer here.

Set in the near future, Dream Raider features a misfit team of scientists and cops that are trying to get to the bottom of a criminal conspiracy that exploits human consciousness. The series opens with detectives investigating a case of missing girls and uncovers a mysterious cutting-edge technology that enables them to enter the dreamscapes of others in search of the truth.

Produced with the support of the Taipei Film Commission and Taipei Cultural Foundation, the series is executive produced by renowned filmmaker Soi Cheang(鄭保瑞), and directed by Daniel Fu (傅鶫) and Simon Hung (洪昇揚).

Dream Raider 《獵夢特工》 is the twenty-third HBO Asian Original to premiere since productions started in 2012. The network has since expanded its repertoire of award-winning HBO Asian Original productions to include English and local language series, movies and documentaries, including Mandarin series such as the recently premiered Workers 《做工的人》, as well as award-winning series The Teenage Psychic 《通靈少女》and The World Between Us 《我們與惡的距離》.

HBO is part of WarnerMedia Entertainment Networks’ portfolio of brands and available to viewers in 25 territories in Asia. In addition to its award-winning HBO Original series, movies and documentaries, HBO Asia Originals tell compelling stories from around the region. Original programming is supplemented by exclusive, first-run content from major Hollywood and independent studios. In Asia, companion channels and services include HBO Signature, HBO Family, HBO Hits, Cinemax, Warner TV, HBO On Demand, 鼎级剧场 (Ding Ji Ju Chang) as well as Asian channels, Red by HBO and Oh!K. HBO GO is a regional streaming service that offers a mix of originals and acquired content – including kids content from Cartoon Network – available to download or stream anytime, anywhere. Log on to www.hboasia.com and www.hbogoasia.com for more information.