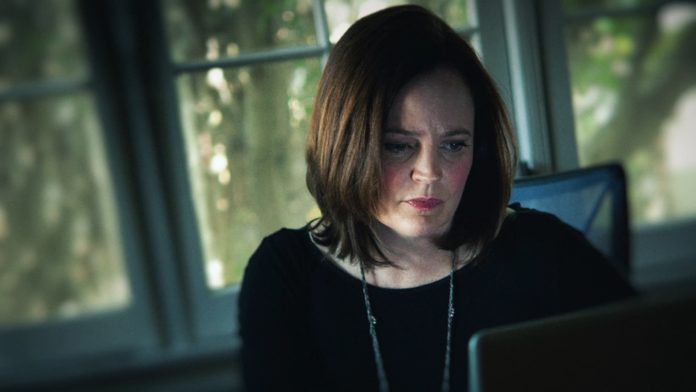 Based On Michelle McNamara’s Best-Selling Book “I’ll Be Gone In The Dark: One Woman’s Obsessive Search For The Golden State Killer”

SINGAPORE, 22 JUNE 2020 – I’ll Be Gone In The Dark, a six-part HBO Original documentary series debuting same time as the U.S. on Monday, 29 June at 10.05am on HBO GO and HBO, with a same day encore at 11.05pm on HBO, is based on the book of the same name and explores writer Michelle McNamara’s investigation into the dark world of a violent predator she dubbed the Golden State Killer.

Terrorising California in the 1970s and ‘80s, the Golden State Killer is responsible for 50 home-invasion rapes and 12 murders. This series gives voice to the survivors and their families, documenting an era when sex crimes were often dismissed or hidden in shame. A timely inquiry into our macabre preoccupation with true crime and a cautionary tale of the dangerous lure of addiction, the series is a riveting meditation on obsession and loss, chronicling the unrelenting path of a mysterious killer and the fierce determination of one woman to bring the case to light.

Michelle McNamara lived a quiet life as a writer, mother and wife, preferring to stay on the periphery of the Hollywood world of her comedian husband Patton Oswalt.  But every night, as her family slept, she indulged her obsession with unsolved cases.  Delving into the world of online chat rooms and crime blogs, she became immersed in the graphic details of the Golden State Killer case, along the way connecting with like-minded sleuths, trading facts, photos and leads.

McNamara’s blog about unsolved crimes, True Crime Diary, chronicled her obsession and led to a lengthy article about the case for Los Angeles Magazine, which resulted in her landing a major book deal. Committed to solving the case, the investigative research consumed her, and she became more and more plagued by dark thoughts and a growing sense of angst. The demands of balancing her self-described addiction to her work with her family life pulled McNamara in competing directions and she became increasingly reliant upon prescription drugs to manage her mounting anxieties. After a string of sleepless nights and harrowing nightmares, McNamara tragically died  of an accidental overdose in her sleep with her manuscript unfinished.  After her death, Oswalt enlisted his wife’s fellow sleuths, Paul Haynes and Billy Jensen to help finish and publish her book, which received rave reviews and went on to become a 2018 New York Times bestseller.

I’ll Be Gone In The Dark is a detective story told in McNamara’s own words, through exclusive original recordings and excerpts from her book read by actor Amy Ryan. The series draws from extensive archival footage and police files as well as exclusive new interviews with detectives, survivors and family members of the killer to weave together a picture of a complex and flawed investigation. It is a frightening document of an era when victims were often too ashamed to speak out and sexual crime was minimised in the press and the courtroom. Echoing McNamara’s writing, the series gives voice to the victims, and their experiences speak to the far-reaching, human cost of the decades-old case.

The series is also a journey into the soul of McNamara, a tenacious journalist and citizen detective whose unrelenting commitment to investigating crimes earned her the respect of law enforcement and whose articles and book earned high praise from critics. Her evocative writing reflects deep themes of loss, anxiety, the lure of addiction, the love that binds us and the dangerous secrets of our daily lives.

McNamara’s years of relentless determination for justice for the victims helped keep the case alive and in the public eye. Ten years after she began working on the case, and just two months after her book was published posthumously in 2018, Oswalt and several of McNamara’s fellow sleuths were gathered for a reading from McNamara’s book in her hometown of Chicago.  Just hours later, the Sacramento Sheriff’s Office arrested 72-year-old former police officer Joseph James DeAngelo, identifying him through DNA evidence as the notorious Golden State Killer.

McNamara’s unwavering resolve, the survivors’ fortitude to tell their stories and the decades-long dedication of local investigators result in a shattering portrait of a fear-gripped community and the eventual path to justice. I’ll Be Gone In The Dark is a thoughtful and haunting meditation on survival, the reverberations that violent crimes have on our society and those who pursue their resolution.

Writer Michelle McNamara, author of True Crime Diary, her blog about unsolved crimes, finds a new obsession in the “East Area Rapist” (EAR), who terrorised California in the 1970s and ‘80s, responsible for 50 home-invasion rapes and 12 murders. The EAR, whose true identity is still unknown, would also come to be known as the “Original Night Stalker” and, as Michelle dubs him, the “Golden State Killer.”

Delving into the world of online chat rooms and crime blogs, she becomes immersed in the graphic details of the Golden State Killer case, connecting with like-minded sleuths, trading facts, photos and leads. After pitching a story to Los Angeles Magazine, she hits the ground running, interviewing several EAR survivors and retired detectives who worked the case. Today, Michelle’s husband, actor Patton Oswalt, friends, and fellow citizen detectives reflect on her intoxicating talent – which McNamara calls an “addiction” – for piecing together clues and bringing unsolved true crime stories to life. Directed by Liz Garbus.

Michelle McNamara reflects on the 1984 murder of her childhood neighbour Kathy Lombardo, which she credits with planting the seed for her lifelong fascination with unsolved crimes. Local detectives who worked the East Area Rapist (EAR) case in the ‘70s – and citizen detectives who picked up where they left off – discuss a proliferation of serial rape cases in Northern California at the time, discussing an era when victims were often too ashamed to speak out and sexual crime was minimised in the press and the courtroom.

Following a rush of media coverage in 1977, EAR’s boldness escalates, as he shifts his focus from single women and teenagers, to include couples as well. Today, several survivors describe these attacks and their aftermath in chilling detail. Directed by Elizabeth Wolff.

In 1979, law enforcement is thrilled when the East Area Rapist (EAR) attacks abruptly stop in Northern California, but in reality, EAR has moved south to commit a number of gruesome murders in the Santa Barbara area, known as the “Original Night Stalker” series. The hunt for the perpetrator stalls due to lack of cooperation between jurisdictions and concerns of tarnishing the area’s pristine image, leaving the community unaware of the predator in their midst.

David Witthuhn, the husband of murder victim Manuela Witthuhn, is questioned as the sole person of interest, but his name isn’t cleared until 20 years later, when DNA evidence links his wife’s murder not only to others in the Santa Barbara area, but also to EAR assaults in Sacramento. Michelle’s article chronicling her investigation of the case, “In the Footsteps of a Killer,” causes a splash when it’s published 2013. After signing a major book deal, she works around the clock to find the killer and struggles with another aspect of the book – writing about herself. Directed by Myles Kane & Josh Koury.

Michelle and her editors agree to push her book deadline after being granted access to the Orange County Sheriff’s Department’s East Area Rapist / Original Night Stalker (EAR/ONS) room. Poring over 37 boxes of files now occupying her daughter’s playroom, Michelle and her researcher Paul Haynes explore the case of the “Visalia Ransacker,” the perpetrator of a string of burglaries in the early ‘70s bearing striking similarities to EAR.

Overwhelmed by the amount of material and the graphic nature of the crimes she is investigating, Michelle struggles to balance the demands of her self-described addiction to her work with her family life.  Painful personal memories, combined with her pressure to solve the case and finish the book leads to a string of sleepless nights and harrowing nightmares, as she becomes increasingly reliant upon prescription drugs to manage her mounting anxieties. Directed by Myles Kane & Josh Koury.

As Michelle’s loved ones cope with her sudden death, her work to unmask the Golden State Killer lives on. Inspired by McNamara’s interest in genealogy and online DNA testing services, Paul Holes, Chief of Forensics in Contra Costa County, reconstructs the killer’s family tree with the help of genetic genealogist Barbara-Rae Venter.

After inheriting Michelle’s 37 boxes of case files, researcher Paul Haynes and true crime writer Billy Jensen work alongside Michelle’s husband, Patton Oswalt, to finish her book, which becomes an instant bestseller. Meanwhile, the release of Michelle’s autopsy report rocks her inner circle. Michelle’s writing – in which she wrestles with depression and her own mother’s sudden death — sheds light on her pain but leaves many questions unanswered. Directed by Elizabeth Wolff.

Debut date: Monday, 3 August at 10am on HBO GO and HBO

His ex-fiancé also details the behavior and warning signs that lead her to end their engagement. Having finally faced their attacker in court, several survivors meet for the first time and gain strength in their shared desire to confront their pain, move forward, and advocate for all sexual assault survivors. When Patton Oswalt, Jensen, and Haynes connect with survivors and McNamara’s fellow citizen detective Melanie Barbeau, Michelle’s absence is deeply felt. Directed by Liz Garbus.