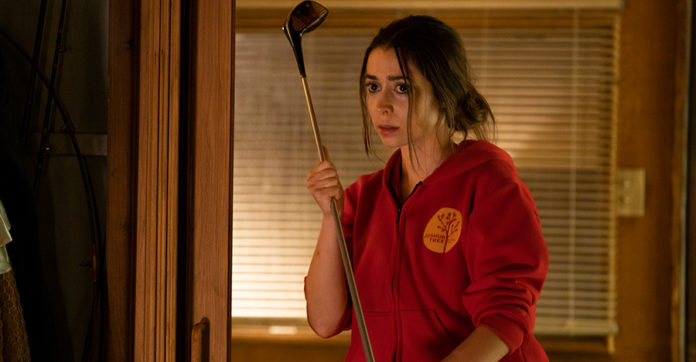 The Max Original Made For Love debuts with three episodes same time as the U.S. on Thursday, 1 April exclusively on HBO GO. The season continues with three episodes on April 8 and concludes with two episodes on April 15. Based on the novel by Alissa Nutting, the comedy series is a darkly absurd and cynically poignant story of love and divorce following Hazel Green (Cristin Milioti), a thirty-something woman on the run after 10 years in a suffocating marriage to Byron Gogol (Billy Magnussen), a controlling tech billionaire. Soon she discovers that her husband has implanted a monitoring device – the Made for Love chip – in her brain, allowing him to track her, watch her, and know her “emotional data” as she tries to regain her independence. Through the chip, Byron’s able to watch Hazel’s every move as she flees to her desert hometown to take refuge with her aging widower father Herbert (Ray Romano) and his synthetic partner, Diane. Please click on the hyperlinks for the trailer and images.

Stream or download Made For Love on HBO GO. Download the app at App Store or Play Store and get a free trial. Access HBO GO at https://www.hbogoasia.com/. HBO GO is available on Android TV, Apple TV, LG TV and Samsung Smart TV – and comes with AirPlay and Google Cast functionality.