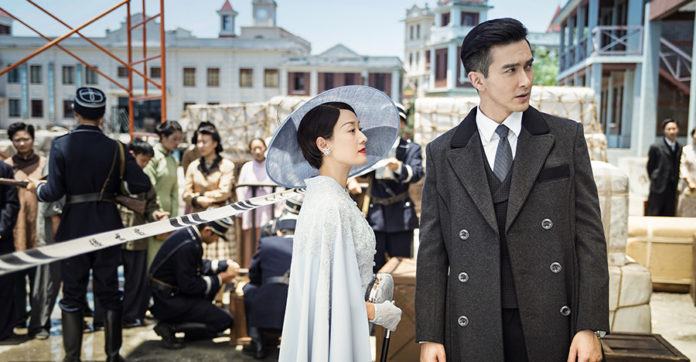 Set in 1930s Shanghai, the series stars award-winning actress Ma Yili《马伊琍》(The First Half of My Life, Struggle, My Fair Princess 3) as the eponymous protagonist, also known as Su Wenli《苏雯丽》, a beautiful and witty socialite who forms an unlikely crime-solving duo with the righteous and serious inspector Luo Qiuheng《罗秋恒》played by Vengo Gao Weiguang《高伟光》(Ghost Blowing Light, Harmony). Despite their opposing personalities, they manage to crack numerous cases together and share an undeniable chemistry. But the mysterious disappearance of Su Wenli’s younger sister a decade ago continues to haunt her and she will not rest until she finds the truth. Can Luo Qiuheng help Su Wenli unravel the mystery and move on from her sister’s disappearance?

The series begins with Su Wenli’s return to Shanghai after studying abroad in Paris. While visiting her old schoolmate at her home, the husband of Su Wenli’s schoolmate is found dead. To the ire of inspector Luo, the independent, ever curious and perseverant Su Wenli interferes with the investigation as she tries to find answers to the murder herself.

The series, with its rich and detailed panoramic style shots showcasing the nostalgic glamour of old Shanghai, was filmed entirely in Hengdian World Studios. With more than 120 guest artistes in the entire series, over 500 sets of costumes were designed and created, out of which almost a hundred of those outfits belong to the fashionable detective, Miss S.

Stream or download Miss S (#旗袍美探) on [HBO%20GO]HBO GO which is available at https://www.hbogoasia.com/. Download the HBO GO app at App Store or Play Store and get a 7-day free trial. HBO GO can now be accessed via Android TV, Apple TV, LG TV and Samsung Smart TV – and comes with AirPlay and Google Cast functionality.