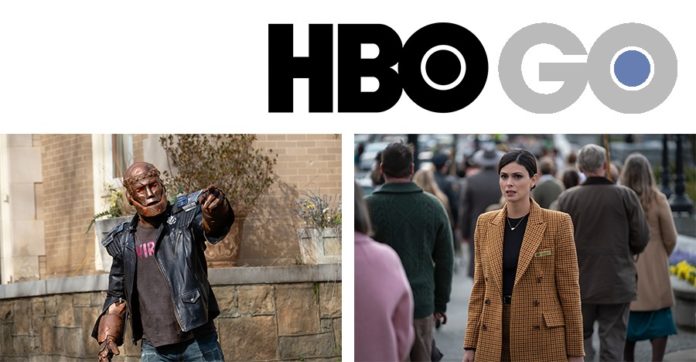 In addition to streaming the latest and biggest Hollywood blockbusters, raw and gritty documentaries, as well as award-winning HBO and HBO Asia original productions, there are two more reasons to subscribe to HBO GO. Following the HBO GO-exclusive premiere of HBO Max Originals Love Life and The Not-Too-Late-Show with Elmo, the second seasons of the HBO Max Original Doom Patrol and Oscar-winning director Jordan Peele’s The Twilight Zone will premiere same day as the U.S. exclusively on HBO GO this June.

On Thursday, 25 June, travel through another dimension when season two of the anthology series The Twilight Zone launches with all 10 episodes exclusively on HBO GO. The modern re-imagining of the classic 1950s TV series continues the legacy of socially conscious storytelling, starring Primetime Emmy-nominees Morena Baccarin, Joel McHale And Jimmi Simpson. The entire first season is also currently available on HBO GO.

In yet another re-imagining of a series, the first three episodes of the HBO Max Original series Doom Patrol Season 2 will premiere same time as the U.S. exclusively on HBO GO on Saturday, 27 June, along with the entire first season. Doom Patrol rei-magines one of DC’s strangest groups of super heroes where each member suffered a horrible accident that gave them superhuman abilities. They come together to investigate the weirdest phenomena and fight for a world that wants nothing to do with them.

What other shows are premiering on HBO this month? Check out The Head.