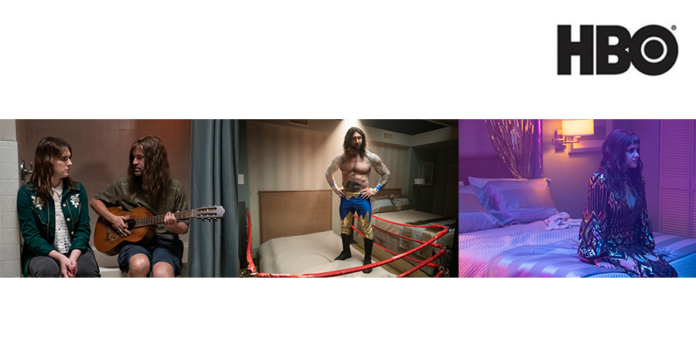 SINGAPORE, 7 JULY 2020 – Room 104 returns for its fourth and final season same time as the U.S. on Saturday, 25 July at 11am exclusively on HBO GO and Cinemax, with a same day encore at 11pm on Cinemax.

Created by Mark and Jay Duplass (HBO’s “Animals.” and “Togetherness”), the late-night, half-hour anthology series returns with 12 new episodes, each telling a unique and unexpected tale of the characters who pass through a single room of a typical American chain motel.

While the setting stays the same, every episode of the series features a different story, with the tone, plot, characters, and even the time period, changing with each installment. New episodes premiere every Saturday at the same time while all past three seasons of the series are available to stream or download on HBO GO.

Exploring a variety of genres, from dark comedy to sci-fi, to the series’ first ever animated episode and original songs, this season will continue to surprise viewers week to week. The premiere episode will be the first time in the series that Mark Duplass stars, writes, directs and performs original music. Stories and characters featured in season four include: an estranged performer giving a one-night-only performance; a woman battling her dark past with addiction; a dollhouse; transporting back in time; and a retired pro wrestler played by Dave Bautista. Providing one last glimpse into the lives of the guests in Room 104, the final season of the genre bending, and risk-taking anthology proves to be another showcase of writing, performing and directing.

Debut Date: Saturday, 25 July at 11am on HBO GO and Cinemax

Debut Date: Saturday, 1 August at 11am on HBO GO and Cinemax

Debut Date: Saturday, 8 August at 11am on HBO GO and Cinemax

With the help of therapeutic dolls, retired pro wrestler Raw Dog Avalanche (Dave Bautista) taps into his memory of an epic bout gone wrong – along with other traumatic, repressed experiences. Written by Mark Duplass; directed by Ross Partridge.

Debut Date: Saturday, 15 August at 11am on HBO GO and Cinemax

Debut Date: Saturday, 22 August at 11am on HBO GO and Cinemax

A ‘90s family is unwittingly stuck living in Room 104 until dad Harry (Kevin Nealon) tries to alter the script on their current reality. Written by Mel Eslyn; directed by Mel Eslyn.

Debut Date: Saturday, 29 August at 11am on HBO GO and Cinemax

Check out other HBO shows here.