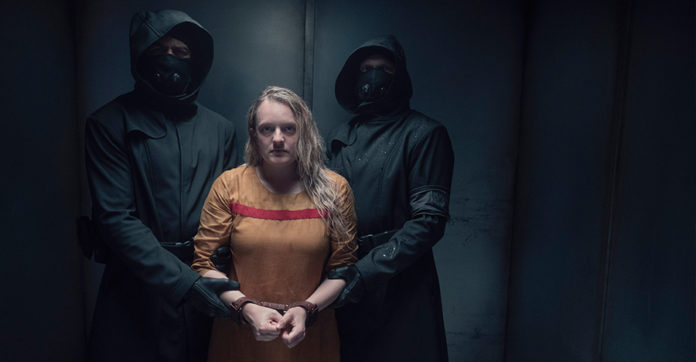 The highly-anticipated Golden Globe-winning series The Handmaid’s Tale returns for a fourth season with three new episodes premiering immediately following the U.S. on Thursday, 29 April exclusively on HBO GO. Stream or download a new episode of the ten-episode season every subsequent Thursday.

In the new season, June (Elisabeth Moss) strikes back against Gilead as a fierce rebel leader, but the risks she takes bring unexpected and dangerous new challenges. Her quest for justice and revenge threatens to consume her and destroy her most cherished relationships.

On the run after the end of Season 3, an injured June and the fugitive Handmaids find refuge at a farm, where the 14-year-old Wife nurses June back to health. June restores her role as the women’s leader. In Gilead, an imprisoned Lawrence tries to avoid a death sentence, and Aunt Lydia reels from the loss of 86 children on Angels’ Flight. The combative Waterfords, in custody in Toronto, learn of June’s feat. Written by Bruce Miller; directed by Colin Watkinson.

June plots revenge at the local Jezebels, before she and the Handmaids plan to leave the farm for the next safe house. In Toronto, Moira deals with the fallout of June’s choices, and Serena and Fred are bound together by a miracle. Written by Kira Snyder; directed by Colin Watkinson.

Captured by Gilead, June faces a vengeful Aunt Lydia and endures a torturous interrogation. Nick and Lawrence collaborate to protect June. In Toronto, Luke struggles with how to help June and Hannah. Written by: Bruce Miller; directed by Elisabeth Moss.

Catch up on the first three seasons before the premiere of Season 4 of The Handmaid’s Tale on HBO GO. Download the app at App Store or Play Store and get a free trial. Access HBO GO at https://www.hbogoasia.com/. HBO GO is available on Android TV, Apple TV, LG TV and Samsung Smart TV – and comes with AirPlay and Google Cast functionality.