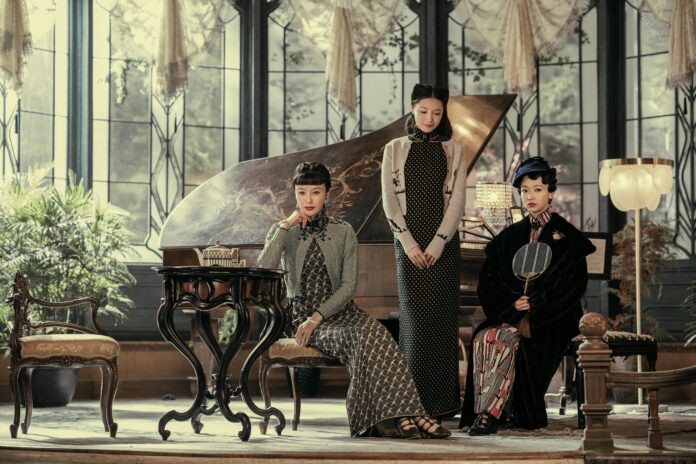 Spanning over forty 45-minute episodes, Legacy chronicles the inner workings of the glamorous and wealthy Yi family in old Shanghai in the 1920s. Each with varying motives, three half-sisters Yi Zhongling, Yi Zhongyu and Yi Zhongxiu vie to inherit their father’s shopping mall business, after their brother, heir to the family business, renounces his inheritance. Faced with fragmented loyalties, conflicts and the looming threat of World War II, the sisters scramble for family fortunes and power within the city, as matters of the heart further complicate the situation.

In a time of upheaval and uncertainty, will the turbulence that the three heiresses face unite them to set aside their differences and save their family business, or will it prove to be their undoing?

Legacy is created by Yu Zheng, executive produced by Yang Le, produced by Lee Siew Tin and written by Zhou Mo. The riveting and visually stunning period drama is directed by Wang Wei with artistic direction by Luan Hexin, and Song Xiaotao as costume designer.

Series premiere. Yi Xinghua holds a joint celebration for his birthday and his department store’s 10th anniversary. At the joyous event, Xinghua announces his resolve to promote local products. His daughter Zhongyu is angry at Xinghua for remarrying.

Zhongling is unhappy with Weian for killing assassins in their home. Zhongyu’s miserable childhood is revealed. She was ill-treated by her biological mother because of her father’s affair with Yingru.

Zhongyu is rescued from the kidnappers by a stranger, who later turns out to be Zhongxiu’s blind date Tang Fengwu. Jiyu is secretly in love with her cousin Zhongling’s husband Weian.

Zhongyu decides to compete with Zhongxiu for Fengwu and the Xinghua Department Store. The man who saves Xinghua turns out to be Zhongyu’s kidnapper.

The department store vice-president Wang Benchu and Jide collude to take over the business. Zhongyu finds ways and means to get Fengwu’s attention, but he does not reciprocate her feelings.

Zhongling develops a new fragrance that becomes the talk of Shanghai. Benchu swaps out the balm’s packaging, from a China-made box to a Japan-made box. Xinghua mistakenly blames Zhongyu for the change.

The Yi family discover Master Liu’s plan to deliver the stolen pollen along with his corpse. The sisters suspect Jide and collaborate to expose him. Yingru panics when she bumps into a familiar face at a tea house.

Xinghua is targeted by the government, Weian advises him to stay out of politics to avoid trouble. The old acquaintance Yingru ran into turns out to be Wang Jianchi, Zhongling’s ex-fiancé.

Benchu’s attempted arson drives a rift between Xinghua and Zhongling, whereas Shen Bin earns Xinghua’s trust for preventing the tragedy. On a trip, Fengwu gets angry at Zhongyu’s attention-seeking disappearing act.

Stream or download Legacy from Monday, June 20 only on HBO GO. More than 30 Asia Original productions, including the acclaimed Chinese-language series Teenage Psychic (Seasons 1 and 2), The World Between Us, Workers, Who’s By Your Side and Twisted Strings are also available on HBO GO. Subscribe to HBO GO online at https://www.hbogoasia.ph/ or the mobile app via the App Store or Play Store for as low as ₱99.70/month. Or access HBO GO via Cignal, Globe and Skycable. HBO GO is also available on Android TV, Apple TV, LG TV and Samsung Smart TV – and comes with AirPlay and Google Cast functionality.