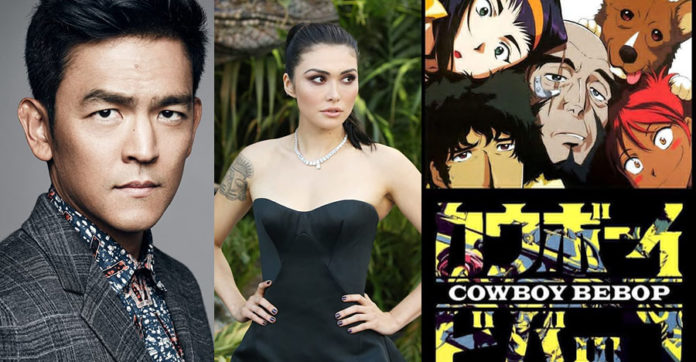 Netflix‘s upcoming live adaption has been the talk as of late in the anime community. Some are very skeptical about this live adaption but we’re definitely happy to see John Cho play our favorite bounty hunter Spike Spiegel in the upcoming Cowboy Bebop series.

If you’re unfamiliar with the anime, here is a brief introduction to the story.
The year 2071 and intergalactic travel is very common in the universe. Criminals tend to go to far away planets to avoid capture. And thus, bounty hunting became a common profession. As a bounty hunter, Spike Spiegel travel galaxies to find the most wanted criminals. Traveling with him is an ex-police officer, Jet Black who serves as the captain of the ship “Bebop”. Using guns and his Bruce Lee inspired fighting style, Jeet Kun Do, They subdue criminals on a day to day basis. Meeting new people along the way is also a common thing and some even joined their crew. Piece by piece the viewers could peek into Spike’s past and his affiliation with the mafia. Giving us clues on what happened to him and why does he still long for the woman that completely changed his life. Julia is the one who Spike seeks for she has gone missing after they attempted to leave the organization. However the mafia is still in the hunt for them and along the way, he meets his old partner. Now they must reconcile their differences.

An interview with John Cho represents what the show feels like. A strange sci-fi action with your traditional action tropes. Judging from this interview, they did stick to the plots of the anime and/or adding new ones.

Shinichiro Watanabe, the director for Samurai Champloo and the original Cowboy Bebop was consulted for the series even if the actors didn’t contacted  him. We’re putting a good amount of hope in this upcoming live-action because one of its directors is Alex Garcia Lopez, the director for some major Marvel TV series such as Daredevil, Luke Cage, and The Punisher.

In terms of music analogy, you could put the series as a Jazz. Hence the opening and most iconic music of the series is its opening theme song “Tank”. Composed by Yoko Kanno and played by the Seatbelts. We’re really hoping for the TV series to keep the visuals and the music on par or if not surpass its predecessor.

The series is set to have 10 episodes spanning of an hour for each. The complete cast of the show consists of John Cho playing as Spike Spiegel. Alex Hassell as Vicious. Daniella Pineda as Faye Valentine. Elena Satine as Julia, Mustafa Shakir as Jet Black.