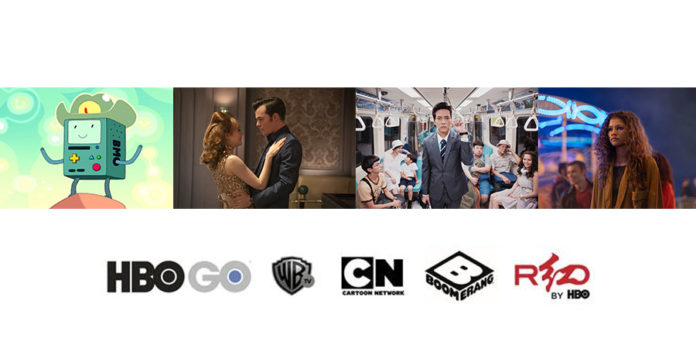 Get ready for the new December shows. New Thrillers and Emotionally-Charged Dramas on HBO GO, HBO and Warner TV, and Family-Friendly Shows for the Holidays on Cartoon Network and Boomerang

The depths of human emotion can’t be measured, especially when it comes to the troubled teen relationships in the critically-acclaimed HBO Original Euphoria and discovering the meaning of true love in the brand-new HBO Asia original rom-com series, Adventure of the Ring.

Family Festive Specials: Friends Unite to Save The Day!

Bonds of friendship are too powerful to explain, no matter where you’re from! This December, catch a hedgehog who will do what it takes to protect his new friends on earth in Sonic the Hedgehog, witness the incredible friendship of Finn and Jake in Adventure Time: Distant Lands and don’t miss the lovable antics of fantastic furry mates Pat, Lola and Victor in Pat the Dog: Santa Pat!

Gripping Thrillers and Seekers of Justice

Justice takes centre-stage in several exciting new releases this December, from a wife and mother fiercely seeking justice for her family in The Rhythm Section and an innocent courier finding herself in an explosive situation to save the only witness who is able to testify against the ruthless crime lord, to a bold attorney’s mission to confront a corrupt corporation in Dark Waters. The constant struggle between right and wrong also transcends time and place, taking viewers from a small Chinese town in the 1940s in A Windfall Trap, to 1960s London in Pennyworth Season 2.